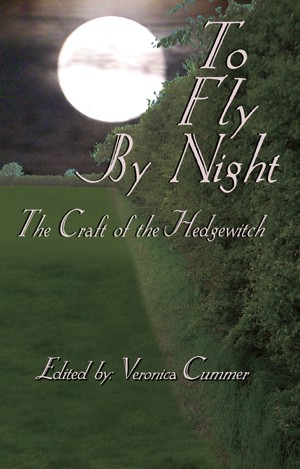 To Fly By Night — An Anthology of Hedgewitchery

Veronica Cummer has been a witch for 20 years, more if you count growing up on a farm in rural Iowa, running wild in the woods, conjuring up storms, and turning pig´s teeth into magickal talismans. After moving to Minnesota, she was a staff writer and artist for several years for the now-retired Twin Cities magazine, Pagan Ink. Her work has more recently appeared in NewWitch and The Beltane Papers.

She has been a priestess of the Old Forest Craft for over 14 years and has a close association with the Fey, particularly the spirits of Air and Dawn, the whole bright and tricksy tribe of them.

Her hobbies include antiques, cooking, collecting old rhinestone jewelry, and finding that perfect tea or coffeehouse where strange things can still happen and most often do.

She can be reached at webofstars@hotmail.com or through the yahoogroups: oldforestcraft. On Live Journal, she scribbles under the name queenofillusion and runs the communities: spiritrealms and sorgitzak.

You have subscribed to alerts for Veronica Cummer.

You have been added to Veronica Cummer's favorite list.

You can also sign-up to receive email notifications whenever Veronica Cummer releases a new book.