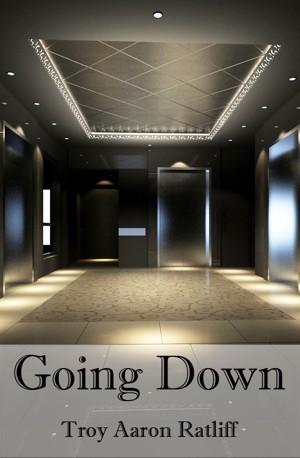 By Troy Aaron Ratliff
Rated 4.75/5 based on 4 reviews
A short flash fiction story of a poor man who only wanted to get down to his car in the ground level parking garage. His short trip should have never been this horrific. More
Jacob needed to get to his car in the ground level parking garage. The armful of wine bottles made that task a little more difficult than he ever expected coming from his high rise apartment. The after party awaited for him to bring the goods, and while he didn’t care for wine, he never knew his short trip would be this much of a terrible ride.
Download: epub mobi (Kindle) pdf more Online Reader
rtf lrf pdb txt
Price: Free! USD
Add to Library
Create Widget
Tags: fiction short fiction thriller short story flash fiction wine elevator elevators
About Troy Aaron Ratliff

Troy Aaron Ratliff was born and raised in Hamilton, Ohio and self educated in writing, art and voice impersonations. When he's not reading, writing and cooking up his next monstrosity, you can generally find him defending the galaxy from the forces of evil, feeding hippopotamuses, dining with foreign dignitaries and zen masters, waking up to his supermodel wife, altering the space-time inter-dimensional warp or, more than likely, stuck in traffic somewhere in Southern California on his magic carpet.

Review
Robert Zimmermann reviewed on May 14, 2012

For such a short story, I was surprised that I thoroughly enjoyed it. I enjoy short, short stories because of their length. They don't normally demand a lot of your time or make you think too hard. They just give you something fast to read and normally push aside afterward.

Going Down was a fast read. There wasn't much to think deeply about. This isn't putting it down in anyway because the punch that many short stories lack for me was found in this one. The story set up for being almost anything, then things started falling into place and I was thinking ok what'll happen next.

Then I finished the story and was thought BRILLIANT. I don't think I would have changed anything with the abrupt way this story ended. I realized what was going to happen not long before the ending, but there was still room for the imagination to paint its own picture of the aftermath.

There's not much else I can say in reviewing this story. That's mainly because of how short it is. It's hard to not reveal too much if I were to get into detail. But since it won't take long to read...and it's free, I don't think any reader will be wasting his or her time by reading this story.

In a normal setting this author makes it feel overwhelmingly creepy. If you want to be entertained let author, Troy Ratliff, lead you down his dark path of horror.

This was a fun and pretty quick read. I enjoyed the concept and characters. As the story progressed I found myself presently surprised and unprepared for the ending.

You have subscribed to alerts for Troy Aaron Ratliff.

You have been added to Troy Aaron Ratliff's favorite list.

You can also sign-up to receive email notifications whenever Troy Aaron Ratliff releases a new book.