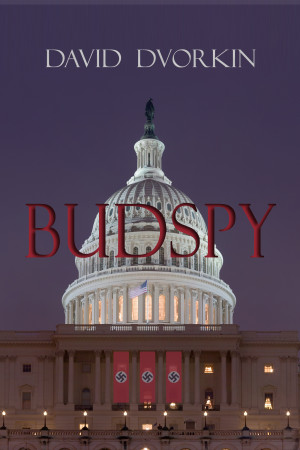 Decades after defeating the Allies in World War Two, Nazi Germany rules Europe and dominates the world. But there’s rot at the core of the Reich, and an American agent is assigned to help the Germans root it out. "Smart, fast, and mean" - Kirkus. "Involving." - Booklist. "Masterful." - Asimov's. "A well-told tale of crime and conscience." - Indianapolis News More
Three hundred million strong, the Third Reich dominates the world. With its booming industry, its advanced science and technology, its fearsome war machine, and its colonies on the moon, the Reich is envied and feared by the rest of the world and invites imitation.

Matters almost didn’t turn out this way. During World War II, German troops only narrowly averted disaster at Stalingrad. But after the Führer’s death on the Russian front and the subsequent accession to power of more reasonable men, Roosevelt and Churchill agreed to a peace treaty that left Germany in control of Continental Europe and free to prosecute the war against the greater threat of Bolshevism.

Now, decades later, America tries to convince itself that it is still the world’s greatest power, even while its government and society, increasingly influenced by the Reich, devolve into something that would have horrified the Founding Fathers. America made its deal with the Devil in 1943, and now it is paying the price.

Chic Western works as a government spy within U.S. federal agencies. He is adept at assuming new identities and earning the trust of fellow employees so that he can uncover wrongdoing. He tries not to think about the results of his work. Punishment is swift and harsh in this America.

When anti-German subversion is detected in the American embassy in Berlin, Chic is posted to the mighty heart of the Reich to uncover it. He is finally forced to confront the conflict between his conscience, his Jewish ancestry, and the reality that hides behind evil’s seductive face.

“One of the best explorations of a Nazi victor state that we have. The work of a writer of mature insight, moral subtlety, and no little sheer writing craft. Budspy is superior to just about everything short of The Man in the High Castle.” -- Norman Spinrad, Asimov’s Magazine

“A well-told tale of crime and conscience.” -- Indianapolis News

“Well-told adventure. There is a degree of subtlety and insight working in this novel that one encounters rarely.” -- SF Chronicle