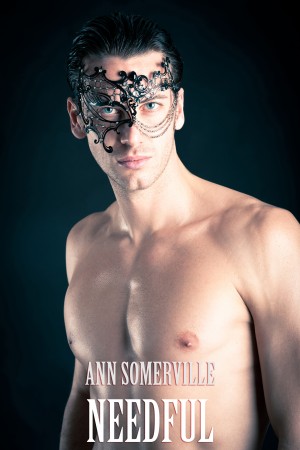 Rated 4.00/5 based on 1 reviews
A perfect storm of unfortunate events - a sick child, schoolyard bullying, malicious gossip, and the interfence of a former lover - are driving Jerna and Ria apart. But as they struggle to keep their relationship alive, Ria's old friend, Orlan, becomes a murder suspect, and Jerna, Ria and Sila must put personal needs aside to clear Orlan's name and stop more women being killed. More
Illness in Jerna's family has put his relationship with Ria under massive strain, but just as he hopes to rebuild things, school bullying threatens both his older daughter's happiness and his precious time with his lover. Ria struggles to understand the needs of a father and his children, but when Ria's former lover, Orlan Gomici, turns up, his mischief making puts Ria's relationship with Jerna under even more stress.

Annoyance turns to anxiety when Orlan is suspected of multiple murders, and his newest lover - Sila - comes under attack too. Jerna, Ria and Sila must put personal needs aside and work together to clear Orlan's name and stop more women being killed.

This work is a sequel to "Games & Consequences", and is the third and final book of the "Remastering Jerna" series.

Review
Michael Joseph reviewed on May 3, 2012

Another year or so has passed since the events of the last book, Games & Consequences, and things are not going well for Jerna and his family. His youngest daughter is fighting cancer while the older one is facing bullying at school. Love and honor compel Jerna to spend more time with his wife and children, and less time with his lover Ria.

Ria feels lonely, and although he tries to understand Jerna’s situation, he can’t help but wonder if he can ever be really happy sharing Jerna with his wife and family. It doesn’t help that Ria’s old flame Orlan has reappeared to create mischief in both Ria and Jerna’s life. For much of the first half of this book, it seems that Needful is going to be the story of the end of a relationship, as conflicting demands tear Ria and Jerna apart, but then this author excels at painting her characters into a corner from which it seems they can’t escape without giving up something dear to them.

Orlan has also involved himself with Sila, the inspector who helped clear Jerna’s name in the previous book of the series. When Orlan is accused of a series of murders, as well as an attack on Sila, she, Ria and Jerna must work together to figure out what’s really going on.

Like Games & Consequence this is essentially a mystery. However, it lacks some of the urgency of the previous book. Although the relationship between Ria and Jerna is strained, neither of them is under threat this time. The only one in clear physical danger is Sila. Needful is still a good story, about the extent that greed and lust can push people, as well as the importance of communication in any relationship. While Jerna and Ria have been very open and honest with each other and their loved ones, there were still some things left un-said that very nearly put an end to things.

While on the whole I enjoyed this book as much as other works by the author, it did have a couple of issues that made me consider giving it three stars instead of four. The first issue is rather subjective, I admit, but for me there were too many characters. It’s a fine line in murder mysteries – you want lots of suspects, but the reader has to be able to keep track of them. In this case, there were a lot of characters involved in the murder plot, including victims, some of whom we never actually meet. I sometimes had to stop and try to remember who a particular person was when they were last mentioned several chapters ago. It became really tricky towards the end, when two men who turn out to be at the center of the plot had very similar names.

The other key issue with this book is simply editing. There were a large number of typographical errors. It was mainly incorrect words or word order, the kind of mistake that’s easy to make when you’re writing and hard to catch if you try to self-proof. There were enough errors to be really noticeable, but not enough to make reading overly frustrating, as has happened to me before.