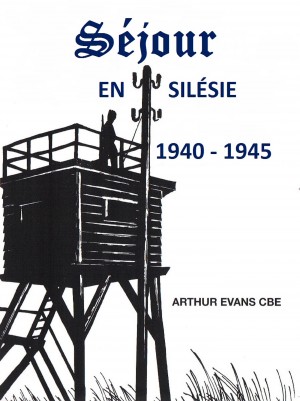 Arthur Charles Evans was born in 1916 in the Wirral, Cheshire. The first years of his employment were at Lever Bros, soapworks at Port Sunlight, and then with the New Zealand Shipping Company. One voyage to Australia and then another to New Zealand convinced him he was not meant to be a sailor. To further his ambition to become a policeman, he enlisted in the Irish Guards in 1936. In May 1940, he was wounded and taken prisoner in Boulogne and spent the remainder of the war in prison camps in Upper Silesia. He returned to England in May 1945 and upon demobilisation, joined the Kent County Constabulary. Whilst still a Police Constable, and from 1956-1967 he was the General Secretary of the Police Federation for England and Wales, and it was in this capacity that he was appointed C.B.E. He was married to his wife Freda for 62 years, and they have 3 daughters. He retired aged 65, and spent much of his time gardening, bowling and cooking in his Kent home, and in later years caring for Freda. In March 2010, both Arthur and Freda moved into a local nursing home and where sadly Arthur passed away 3 days short of his 95th birthday. Freda remains in the good care of the Nursing home.

Profit from the sale of this book will be donated to The British Red Cross at the expressed wish of Arthur in the days before he died. He never forgot their role in his survival during his imprisonment.

You have subscribed to alerts for Arthur Evans.

You have been added to Arthur Evans's favorite list.

You can also sign-up to receive email notifications whenever Arthur Evans releases a new book.