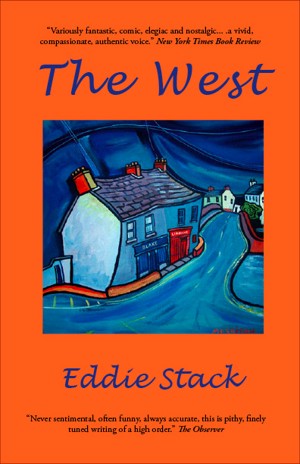 The West: Stories from Ireland

By Eddie Stack
Seven stories set in the West of Ireland. From "Time Passes," to the final story "Derramore," these pieces reveal the soul of a community-its hopes, dreams and schemes.

Eddie Stack is an Irish writer. He received a Top 100 Irish American Award in 1991 in response to his book of short fiction, The West: Stories from Ireland. He is also the recipient of an American Small Press of the Year Award. Originally published by Island House (US) and Bloomsbury (UK), The West received excellent reviews on both sides of the Atlantic.

Eddie Stack's work is included in State of the Art: Stories from New Irish Writers; Irish Christmas Stories, The Clare Anthology and Fiction in the Classroom. His stories have also appeared in literary reviews Fiction, Confrontation, Whispers & Shouts and Criterion 83. Stories from The West have been read on radio worldwide and a CD of four stories read by the author, with music by Martin Hayes and Dennis Cahill was released in summer 2002. His latest collection of stories, Out of the Blue, was published in Spring 2004. His work is available for Kindle on Amazon

Eddie Stack was co-founder and artistic director of the Irish Arts Foundation in San Francisco. He was a member of the Irish trad group Last Night's Fun with Tommy Peoples, Paddy Keenan, Johnny Moynihan and the late Shane Holden. He is currently working on a book about the culture and traditional arts of Doolin, County Clare, Ireland. Due out in 2009, the book includes interviews with Micho Russell and Paddy Shannon as well as profiles on the Russell and Killoughery brothers. It has features on storytelling, dancing as well as music and songs from Doolin. 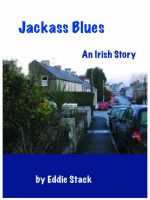 Reviews of The West: Stories from Ireland by Eddie Stack

You have subscribed to alerts for Eddie Stack.

You have been added to Eddie Stack's favorite list.

You can also sign-up to receive email notifications whenever Eddie Stack releases a new book.