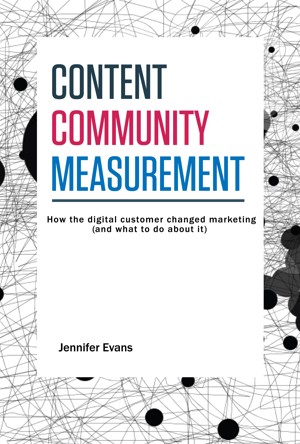 By Jennifer Evans
Brand management and marketing have been changed by the behaviour of the digital customer and traditional marketing approaches fall short.

Jennifer Evans is the founder and chief strategist at Sequentia Environics. Jen has been a pioneer and leader in the digital space for over a decade. She founded Sequentia Communications in 2002 and transitioned into the role of CEO and Chief Strategist when Sequentia joined the Environics family of companies in 2008.

Jen is a globally sought-after digital strategist with patents pending on many of her methodologies including The Sequence, Sequentia’s groundbreaking approach to community engagement, and the company’s content measurement framework.

Along with her roles at Sequentia, Jen has also written for The Globe and Mail and PCWorld.ca and recently coauthored an article with Environics co-founder Michael Adams on social media and employee engagement. She regularly appears on BNN and other media outlets to discuss the current state of technology. Represented by the Brickenden Speaker’s Bureau, she’s been a keynote speaker at various conferences and events across North America and guest lectures at a variety of colleges and universities.

An avid volunteer, Jen was the co-chair of the White Ribbon Campaign for six years and was recently appointed the Vice-Chair of ITAC. She is also an advisor for DigitalJournal.

You have subscribed to alerts for Jennifer Evans.

You have been added to Jennifer Evans's favorite list.

You can also sign-up to receive email notifications whenever Jennifer Evans releases a new book.