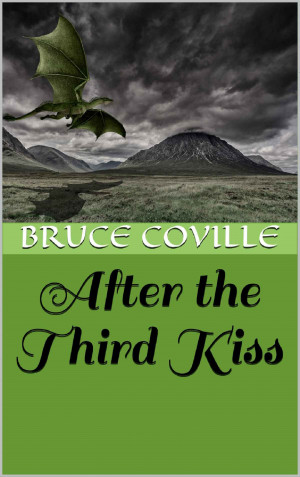 After the Third Kiss: A Dragon Story

By Bruce Coville
Rated 4.00/5 based on 1 review
There is an old tale of a maiden turned to a dragon, who can only be restored to human form by three kisses from her brother. The question is, what happens next? Once you've been a dragon, tasted blood and ridden the wind on leathery wings, can you ever really go back to being a mere human?

That's the question that May Margret must answer, after the third kiss . . . More
A shortened version of this story appears in THE LAST HUNT, Book IV of "The Unicorn Chronicles"

I originally wrote this tale for the Jack Dann/Gardner Dozois anthology THE DRAGON BOOK, and it was a way for me to explore the full story of the dragon Graumag, who plays a crucial role in the history of Luster, world of the unicorns.
Available ebook formats: epub mobi pdf rtf lrf pdb txt html
First 33% Sample: epub mobi (Kindle) lrf more Online Reader
pdb
Price: $1.49 USD
Buy Add to Library Give as a Gift
How gifting works
Create Widget
Tags: dragons folk tale fairy tale retelling unicorn chronicles luster
About Bruce Coville

Reviews of After the Third Kiss: A Dragon Story by Bruce Coville

This was a really fun story. I thoroughly enjoyed reading it because it was a different take on a fairy tale!

You have subscribed to Smashwords Alerts new release notifications for Bruce Coville.