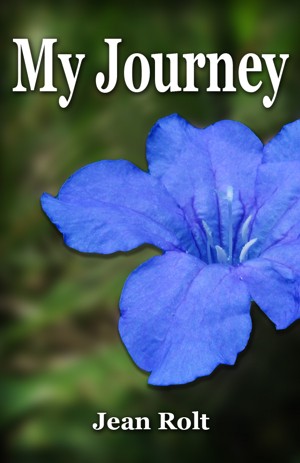 By Jean Rolt
Rated 5.00/5 based on 1 reviews
This the story of my journey in faith leading to my becoming an Anglican priest in my old age. More
I got my first call into ministry as a teen age girl. Women were not then accepted into the church so I took my call into teaching.
This is the story of the steady growth of my faith during the most difficult times of my life, ending with the amazing, wonderful moment when I was finally able to answer the call, renewed again when I was already an old woman.
I hope it might inspire others never to doubt that God is good and that there is a place for everyone in His church.
Download: epub mobi (Kindle) pdf more Online Reader
rtf lrf pdb txt
Price: Free! USD
Add to Library
Create Widget
Tags: faith
About Jean Rolt

I have spent most of my life as a teacher who wrote. Now I am a priest who writes. This makes me a very happy woman.

Jean's story is of a journey through life, which has had real hardships in childhood and early adulthood, under which many would have sunk without trace. But the reality which sustained her was of an early appreciation of God and his influence in her life.

Jean survived the war, and a childhood full of poverty and family disagreements, with episodes of physical violence. Two lifelines sustained her. Reading and her faith. Her life must have been typical of those raised in those years, but different as she had a dream, which she never let go of. The call to serve, unarticulated, but lived out in different ways. First teaching, later raising a family and other related roles. Jean had a great mentor in a Parish Priest in her teens and early adulthood, Bill Vanstone, whose influence and encouragement she valued and treasured and who was to come to her aid, many years later in a time of loss and grief.

Throughout her life, Jean sought out God, whether in formal church settings or as unchurched in a wide ranging spiritual journey of exploration across a spectrum of faiths and cultures, which eventually brought her back to the
Jean survived the suicide of her father, the break down of one marriage and the later death of her second husband suddenly as they made plans for their retirement and later the death of a daughter. This experience of loss, seems to have former her for much of her later life.

Finally, after resettling for retirement in Cornwall, her spiritual home, her long standing call to serve God was recognised and she was Ordained by a Bishop with foresight and the courage to take a risk.

I had known part of this story, through interaction with Jean through social media. She has encouraged me with my own vocation and her example of service has been an inspiration for my own journey.

A lovely book, written from the heart, by a Humble lady, and Great Priest.

You have subscribed to alerts for Jean Rolt.

You have been added to Jean Rolt's favorite list.

You can also sign-up to receive email notifications whenever Jean Rolt releases a new book.