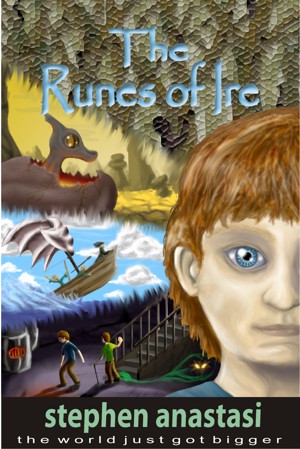 The Runes of Ire

By Stephen Anastasi
Take an exciting adventurous journey to the 41/2 th dimension. Let your imagination soar as you join Garney and his friends on a wild and rambunctious ride into a land of dragons, swarthymen, and magic. More
For Garney, 'Coming into his Twelfth' will not come fast enough to prevent him from getting school grades of 'G's (utterly useless) and 'H's (very utterly useless) or being bullied by Thatch Huddersby and his gang. But all this is thrust aside as he arrives at the 4 ¼ dimensional House of Two Rooms, the shared inheritance of all who have Pepper Barnicoat as their multi-grandfather, a mansion where everything is exactly nothing like it seems.
Here Garney discovers that he is a descendant of one of the five Druidic families of Yore. Curiosity brings accident and Garney and his crippled cousin Eldeth adventure and misadventure their way to the walled city of Yore in the 4 ½ th dimension, where children wear earmuffs while playing stick-ball because – BLAM! – that extra half a dimension sure smarts.
But here they are stuck. Neither can ever return to Two Rooms unless one finds a talent for hyperlogic, mathemagic, can dazzle a Mystal, and preferably, redeem the Barnicoat name, besmirched by Mad Barnicoat four Yonks ago. So Garney must set things right, as best a twelve-year-old with the weight of a whole civilisation on his shoulders can do.

This is a wild, rambunctious book that
you will love.

Stephen Anastasi the writer arrived suddenly and fully formed in 1992 in Charleville Queensland, in front of a computer screen. He is not able to say with certainty whether it was his stories that brought him into existence, or he that brought them into existence. Like Roald Dahl, one day he had an idea for a story, he sat down and began to write. Time passed without measure and mysteriously an adventure came to exist, in his case between the zeroes and ones that colour his hard disk—in Dahl’s case, in the soft blackness of a hotel pencil.
Stephen regularly slips out of his writing space and falls into a world where there are teachers and students of science and mathematics. There, he does his best to make students believe that to a sufficiently advanced mind, physics, mathematics and magic are nearly indistinguishable. Occasionally a student gets it—sees the greater reality—and goes electric with understanding. Stephen likes to think that these students will carry a torch to others. 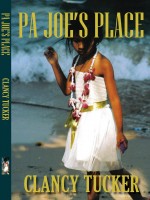 You have subscribed to alerts for Stephen Anastasi.

You have been added to Stephen Anastasi's favorite list.

You can also sign-up to receive email notifications whenever Stephen Anastasi releases a new book.