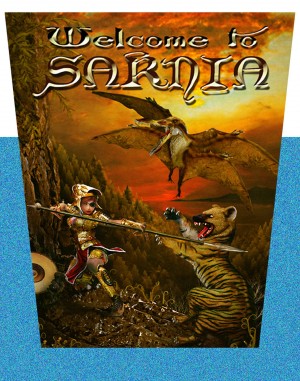 By Jan Musil
2nd Edition
Buckle your seatbelt, fasten your protective gear and get ready for action, humor, … and characters who will keep you turning pages as you share in their quests.

Welcome to Sarnia. More than the book’s title, this serves as a greeting - as you embark on the first of your nine serial missions to this planet. More
This well written, captivating tale takes the reader seven centuries into the future to the planet known as Sarnia. Located at the junction of the Orion and Sagittarius Arm of the Milky Way Galaxy, Sarnia is also near the junction of three space faring empires. Previous events have left Terrans living on the planet dealing with life amongst six other intelligent races. For Sarnia host’s three intelligent indigenous species, who are unwillingly sharing their native world with two other species imprisoned there, while being administered by another alien species that has been hired by yet another, Sarnia’s current rulers, alien species. The nine book Planet Sarnia series examines the interactions of the various species over the period of a few quite interesting years on Sarnia.

For those interested in plot, the series has a large, multi-threaded plot that plays out over the entire nine book series as well as a tale related by each book in its turn. The storytelling is very good, with the tale freely flowing from section to section, in a very readable and entertaining manner. And there are many interesting characters, Terran and alien, for the reader to come to know.

For more information about life on the planet known as Sarnia please visit www.planetsarnia.com to view full color maps, review the list of interesting characters and read samples from the initial volume, ‘Welcome to Sarnia’.
What happened to Terrans living on Sarnia? In their desire to expand Terrans decided that the risks involved in capturing and colonizing the planet known as Sarnia were well worth incurring. A mere forty years on they lost that gamble. Big time. 136 years later, many things have changed. Some never do.

‘Welcome to Sarnia’, the initial book, starts by introducing the core characters as they cope with realities of life on Sarnia. The reader is then launched into a somewhat traditional tale, though with many twists and turns, following our heroes as they learn of a new threat to the Terran community, decide what is to be done and begin their response. While the reader will encounter much that reminds him of home, life on Sarnia is very different, and much more dangerous than ours. The tale tracks an ongoing series of adventures affecting, sometimes afflicting, the group of very interesting characters recruited to assist the core heroes as Terrans begin to confront their new danger.

As to who I am, US Navy veteran, disenchanted ex-corporate middle manager and long time entrepreneur covers the ground fairly well. I owned a pair of Southwestern Gift and Jewelry stores here in Austin, Texas for many years. Since then I assisted in getting a pair of high tech start up companies up and functioning.
In 2008, as I was wrapping up my portion of the latest new venture I realized that a previous idea for a computer game would make an excellent starting place for a book. Living in Austin and associating with all the programmers in town it is easy to get enthused and say, hey we can do better than those guys did. Which may or may not be true, but finding adequate money to actually do so is a far from trivial challenge.
Developing the idea as a book was not though and pursuing the project would allow me to exercise my storytelling skills. And yes, while I might not have a million of them, I can share lots of stories. A lifetime of practice so to speak.
Once embarked on the project it quickly became clear that I could not do justice to the ideas underlying life on Sarnia in a single book. After a few more months of work there was enough outlined material to do five books. As I progressed in writing the tale the material eventually became the seven book, two saga total listed for the series concerning life on Sarnia.
Enjoy. 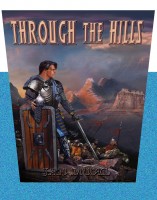 You have subscribed to alerts for Jan Musil.

You have been added to Jan Musil's favorite list.

You can also sign-up to receive email notifications whenever Jan Musil releases a new book.