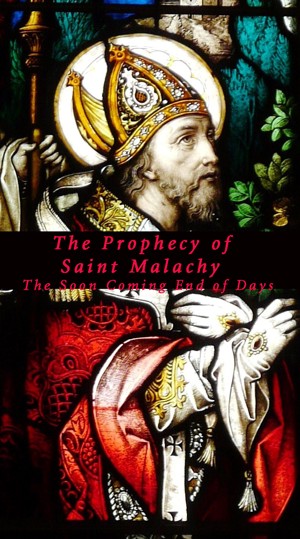 The Prophecy of Saint Malachy: The Soon Coming End of Days

Joseph Lumpkin
CEO of Fifth Estate Publishing
http://www.fifthestatepub.com
The early years of Joseph Lumpkin were spent under the tutelage of his grandfather, W.R. Lumpkin, a Baptist minister and former pastor of Temple Baptist Church in Chattanooga, TN. There he began his study in the fields of Theology and Ministry. He later obtained a degree and began writing and publishing religious texts. Joseph has produced over a dozen books on subjects such as Gnosticism, Midrash writings, and the translation of non-canon texts. According to Lumpkin, many non-biblical works influenced modern theology. He has been referenced in such articles as Thomas the Apostle, which cites Lumpkin’s The Tao of Thomas. His book entitled The Lost Book of Enoch: A Comprehensive Transliteration is the top selling book on the subject. Radio interviews on L.A. Talk Radio’s “Max and Friends”, “Rain Making Time” with Kim Greenhouse, and the U.K. Program of “Connecting the Light” have all hosted Lumpkin. Lost Books of the BIble, Angels and Demons, and other interesting subjects were discussed. Joseph Lumpkin is listed in “The Full Wiki.” http://www.thefullwiki.org/Joseph_Burton_Lumpkin

You have subscribed to alerts for Joseph Lumpkin.

You have been added to Joseph Lumpkin's favorite list.

You can also sign-up to receive email notifications whenever Joseph Lumpkin releases a new book.