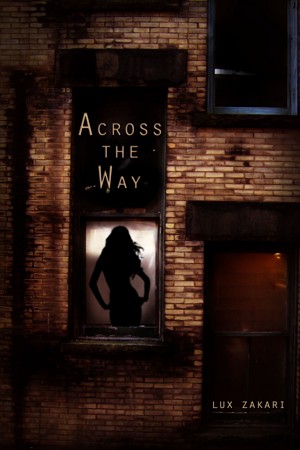 Under normal circumstances, Sam probably would never have danced around her apartment in her underwear, but too much cranberry schnapps leads to her moment of indiscretion, and her discovery of the young man she affectionately names The Boy. And so begins her obsession, if not an addiction. Sam soon spends more time spying on and taking photos of The Boy than going out, and lives herself entirely in his world to the detriment of her own, up until such time that their paths eventually do cross.

Of course how does one explain incriminating evidence once the cards are on the table? Sam as a character is self-aware in that she knows her behaviour isn’t healthy, but she can’t help herself and in that Zakari salvages what could be quite a creepy story of stalking if not so sensitively handled.

Sam could be any one of us, and I can safely say very few of us haven’t experienced unrequited love. To a degree there is some sadness to Across the Way if one considers how modern city living isolates people and often makes it difficult for us to meet new people. Or indeed to reach out to them. Isolation is a big theme in this story.

My verdict: if you’d like a small taste of what Zakari is capable of before you commit to one of her longer works, give Across the Way a try. She writes the kind of erotica I like to label as “hot writing for chicks who like to think”. The characters are not larger-than-life as one would find in standard romance and erotica examples. They’re real, three-dimensional people in what feels like authentic situations. She doesn’t fall into the trap of hyper-reality, and therefore leaves readers feeling that they too, have had a voyeuristic peek into the lives of others.

Her story-telling leaves me thoroughly satisfied, and Zakari’s characterisation lets me feel as though for a short while I visited in others’ lives, and for a brief time shared in their loves and losses.

You have subscribed to alerts for Lux Zakari.

You have been added to Lux Zakari's favorite list.

You can also sign-up to receive email notifications whenever Lux Zakari releases a new book.