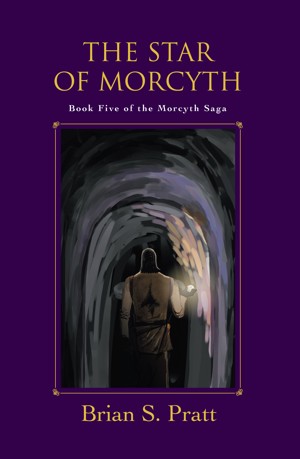 The Star of Morcyth: The Morcyth Saga Book Five

By Brian S. Pratt
Rated 4.88/5 based on 8 reviews
James is summoned to stand before the Cardri High Council to face charges brought to bear by the Empire. Incapacitated, he is given into their hands.

Also in Series: The Morcyth Saga

I enjoyed this book and the series

I am addicted to this book. I can't stop myself reading page after page.

This is by far the most entertaining series I have ever read. Great author

Love this series so much. Couldn't put it down.

(reviewed the day of purchase)
iamnotablogger reviewed on April 17, 2011
(no rating)
Captivating! I was never board - couldn't wait to pick up the book again and continue reading.

I also downloaded the 1st of the Morcyth series only because it was free and I didn’t know the author. What a stroke of luck as I also purchased the rest of the series shortly thereafter and enjoyed all 7. I would recommend this author to any reader, young or old. I look forward to more works from the author.

In three week i have finished all the books available and loved it all. I have heard a good author makes it to where you feel like you are there with the character. That is true with these stories.