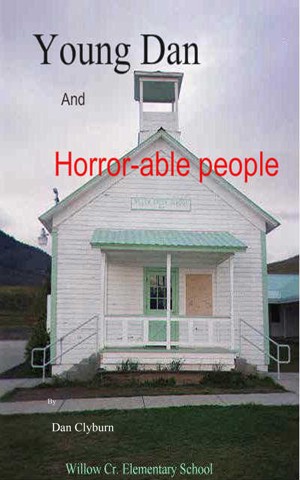 By Dan Clyburn
Rated 5.00/5 based on 2 reviews
A collection of true stories, starting seventy years ago in 1941. I was four years old, starting school. The teacher turned school into the house of horror for me. The big kids were a bad bunch, that made it worse. I never got over the fear of going to school. This takes you though my years of school and tells you how I handled, the teachers and the bullies. Learning grammar at 75 years old. More
This collection of short true stories, I wrote for my family, and decided to share it with you. You'll find it exciting, raw truth about the dangers of living in the mountains. But the dangers of going to school even worse. If you are looking for perfect grammar, don't bother to even look any farther. You wont find it, I haven't needed any for sixty years. School was a big flop for me, mostly caused by the teachers in the early years of school.
However you'll find stories you can enjoy, or be sickened by. Going against bigger kids in self defense, with the weapons I had to use. Almost dyeing from a beating I took. Almost killing a bully, and sometimes I wounder why I didn't.
Download: epub mobi (Kindle) pdf more Online Reader
rtf lrf pdb txt
Price: Free! USD
Add to Library
Create Widget
Tags: exciting action new action adventure bullied true adventures fear and anger humor action
About Dan Clyburn

Dan is seventy five years old, he worked all his life as Equipment Operator, Master Mechanic on trucks and equipment. Lift school when he was fifteen, and pursued an outdoor life. Many stories he could tell about the mountains, and the people he worked with, and knew. Hunted and fished all his life, fresh meat for the table. He has read thousands of books, authors like, Louis L’Amour, Edgar Rice Burroughs, are just some of the authors he liked the most. Their grammar wasn’t so good, but they had a fleet of editors. Because of his school day’s, and the work he pursued, Dan’s grammar is not the best. If you are one of those that has to have perfect grammar, you just as well go away now. But he tells his stories in a straight forward way, you will understand his work. Read his true stories book called ‘Young Dan and HORROR-able People’ some of the things he tells will make your heir stand on end. It is an exciting book about true things that happened during his school days. He has four fiction books, The Dart Game,-The Distant Crater,-The Far, far away Planet,-Gods of New Eden are all on Kindle. And will soon be on Smashwords. 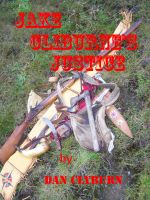 Terrific, told the way it was without all the bulls##t we currently live within.
Enjoyed this book immensely and it brought back many memories

This story was very touching. I enjoyed the way it was told and I was able to read it in one setting. This story actually made me cry. I will not spoil it for you, get your copy today and enjoy it for yourself. I ended up buying it twice because I was trying to loan it to a friend and made a mistake and deleted it from my library.

You have subscribed to alerts for Dan Clyburn.

You have been added to Dan Clyburn's favorite list.

You can also sign-up to receive email notifications whenever Dan Clyburn releases a new book.