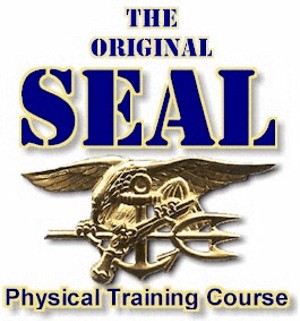 By Jack Walston
Becoming a warrior does not take place overnight. A warrior is one engaged or experienced in battle. This manual proposes to prepare you for the mind battle that you will endure during BUD/S or Special Forces training. It can even be applied to civilian life.
Available ebook formats: epub mobi pdf rtf lrf pdb txt html
First 10% Sample: epub mobi (Kindle) lrf more Online Reader
pdb
Price: $9.99 USD
Buy Add to Library Give as a Gift
How gifting works
Create Widget
Tags: navy seal mental toughness navy seal training buds training train like a navy seal how to become a navy seal warrior mindset
About Jack Walston

John "JACK" Walston is Former U.S. Navy SEAL veteran with nine years of active duty military service. He spent the first four years with the Marine Reconnaissance Battalion after which he decided to go through BUD/S (Basic Underwater Demolition School) SEAL training. After successfully completing the most demanding and rigorous mental and physical training in the military, he graduated from U.S. Navy SEAL Training in Coronado, California.
After graduating he was stationed with the East Coast SEAL Teams at Little Creek Naval Amphibious Base in Va. Beach, Va. He received an honorable discharge from the Navy in 1995. It is the elite training and experience that Jack has undergone that has led to the development of the Original SEAL P.T. Course. In addition to his military training, Jack has competed as a semi-pro athlete in running, cycling and multi-sport/multi-day adventure racing and was named as one of Texas' top up and coming athletes!

More of Jack Walston's accomplishments include:

Awarded the Meritorious Chit or “Fire in the Gut” award upon graduation from BUD/S.
Nominated by members of the Lifers Team in 2002 and chosen by the U.S. Olympic Committee to be an Olympic Torch runner in the City of Houston, for being a most inspiring individual.
Ran (not biked) the MS 150 from Houston to Austin in 2001.
Has received Top Reviews from major print publications and news syndicates from around the World including the Wall St. Journal, New York Times and CNN.
Being the Leader in the "Fitness Bootcamp" industry and the one by which all others aspire to.

Upon returning to civilian life, Jack was made keenly aware of the need to incorporate the principles of discipline, motivation, and team work alongside a unique physical fitness program modeled after the Navy SEALs workout. Jack has taken his mental toughness training principles and put them into this easy to ready and use manual to get you to the next level of success, be it Navy SEAL training, running a marathon or owning your own business!

Reviews of Attaining the Warrior Mentality by Jack Walston

You have subscribed to alerts for Jack Walston.

You have been added to Jack Walston's favorite list.

You can also sign-up to receive email notifications whenever Jack Walston releases a new book.