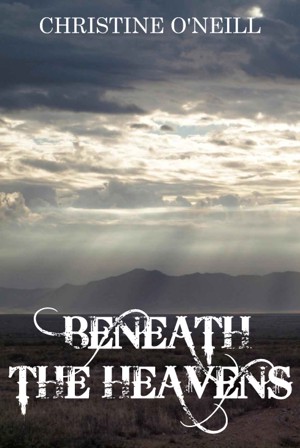 By Christine O'Neill
Rated 5.00/5 based on 2 reviews
Several teenagers from an alternate universe board a luxury train bound for the mysterious Everlands, in hopes of finding miracle cures for their diseases. Trouble arises when passengers start turning up murdered. More
They heard about the Miracle Line because they were rich. They took it because they were dying. On a clear Janvius morning, eight passengers from an alternate universe board a luxury train bound for the Everlands, a mysterious island so clean it is said to cure every ailment of the flesh. Under their paranoid, chain-smoking engineer Fritz Carpenter, the passengers embark on a three-day journey to arrive in a utopia beautiful beyond imagination. But things at the Everlands are not as they seem. Each plagued by their personal manias, the new arrivals must figure out why their friends are turning up dead — not from disease, but murder — before their fragile lives prematurely unravel.
Available ebook formats: epub mobi pdf rtf lrf pdb txt html
First 15% Sample: epub mobi (Kindle) lrf more Online Reader
pdb
Price: $2.99 USD
Buy Add to Library Give as a Gift
How gifting works
Create Widget
Tags: romance nature murder mystery magic teens dystopia utopia alternate universe trains diseases
About Christine O'Neill

Christine O’Neill, a native of small-town New York, has been writing books since she was 16. Now 20 years old, she can proudly say her total is 13, only a few of which she has ever attempted publishing. With the help of her enterprising mentor/agent/friend, Shannon Mersand, she has decided to try her hand at ePublishing a few of her novels. They will soon be available for Kindle and Nook.

Christine is currently studying Writing and French at SUNY Geneseo, with her eyes on a graduate degree in Library and Information Sciences. She is a columnist and radio-voice for Pawling Public Radio, a Resident Assistant at her University, and interning at her local library.

She is extremely grateful for your interest in her writing and hopes you won’t hesitate to contact her if there’s anything on your mind. You can reach her at christine.oneill@aim.com.

Reviews of Beneath the Heavens by Christine O'Neill

The job of all fantasy writers is to bring something new to the reader while also learning a bit from the history of the genre. Homer's epics are often cited as the two works that have defined Western fantasy even in modern books: the Iliad is the War, and the Odyssey is the Journey. While it's fun to stick to these concepts, the first thing I enjoyed about Beneath the Heavens was the fact that it doesn't focus at all on either of these. It's not even predominantly a murder mystery, although that factor is the main plot driver. No, what I took most out of this book was the relationship between the characters and their illnesses. Each one has a different case which brings out his or her inner qualities-good in some cases and bad in others-in powerful ways.

The fantasy world here is another enjoyable point. It's roughly analogous to the real world, with all the names spelled wrong, but done in a charming way. One thing that helps is the little amount of time spent dwelling on the functionality of the fantasy. Many modern authors butcher this aspect of fiction. When forced to justify fantasy against realism, it's easy to try too hard to make the fantasy seem realistic, when it's far more natural just to accept the fact that there's a dinosaur running next to your train, or that the term "miracle cure" isn't such an exaggeration.

I should point out that the writing style frequently didn't thrill me. Too often there are points of confusion between the semi-antique speech of the setting and the teenage slang of the main characters. Hardly anyone doesn't have an awkward-sounding line somewhere.

But to cap it off, the characters are great. Among my favorites are Karishma, an "Yndean" woman undergoing a complicated pregnancy; Tiernan, a teenager with severe schizophrenia; and especially Fritz, the socially-terrified engineer of the Miracle Line. The entire ensemble cast is great, once you can sort out who's who.

There you have it! I'd certainly recommend this book, especially to young writers who want to read a peer in action. For me, that's one of the best motivators there are.

A stunning work by young author Christine O'Neill. Beneath the Heavens is just the right mix of mystery and fantasy to keep you guessing and turning the pages. Set in an alternate universe that holds many parallels to our own, there is just enough of the unfamiliar to remind you that you aren't in your own world. With a large cast of characters, Beneath the Heavens leaves your rooting for the whole team. Through careful research and stunning craftsmanship, O'Neill expertly weaves medical information, teen angst, and corrupt government in such a way that you can't help but learn as you read for pleasure. This is a highly recommended read for those who enjoy dystopian societies and alternate realities. With only one preview copy available in our library, students have been scrambling to read the text before its official release.
- Shannon Mersand, Yorktown High School Library

You have subscribed to alerts for Christine O&#039;Neill.

You have been added to Christine O&#039;Neill's favorite list.

You can also sign-up to receive email notifications whenever Christine O&#039;Neill releases a new book.