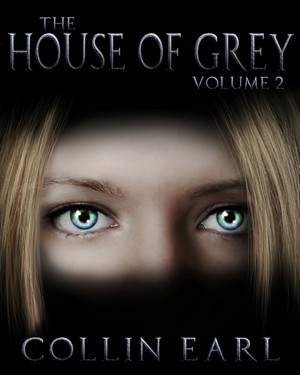 The House of Grey: Volume 2

By Collin Earl
Volume 2 of The House of Grey Series

14-year-old Monson Grey faces the same challenges that any freshman high school kid would: difficult classes, weird teachers, food fights…girls. Except, Monson Grey is not Monson Grey. At least, when he looks at himself in the mirror, the scarred face staring back is not someone he recognizes.

Now he finds himself attending an extraordinary school, the recipient of an incredible scholarship, among ridiculously rich classmates, all with no memory of how he got there or what to expect.

All he has from his former life are the flashes of haunting images that plague his dreams and the echoing voices that he hears, but cannot see.

Luckily, Monson finds fast friendship in two of his classmates, Casey and Artorius. Little does Monson know, they too carry their own skeletons. Yet, as bizarre events start to unfold around them, Monson wonders what secrets lay buried in his mind or if he will ever be able to share his true fears with his newfound friends.

Join our three heroes as they roam the halls of the most prestigious high school in the country, finding love, mystery, and answers to their algebra homework- all while peeling away the layers of Monson’s shadowy past.

Author’s Note: The House of Grey was originally a serialized audio fiction. Volume 2 continues the written adaptation of that story told in a six part series. Individual volumes do not contain the complete story.


A native of Washington State, Collin grew up NOT liking reading stories or school in general. Girls, sports, and working held much more appeal for the young Collin. He graduated from Moses Lake High School despite lack of regular attendance then journeyed forth towards Boise State in Idaho where he received a B.A. in Social Science. His dream was to practice law with his father and brother; a dream that he pursued vigorously in his undergraduate education. Little did he know that his father would leave the practice of law and his brother would make plans to head to Costa Rica. While these career developments were unexpected, even more unexpected was Collin's growing interest in writing and story telling. After reading several stories (averaging a book a week for almost a whole year), he developed a story idea and started to write.
Podcast novels, self publishing, eBooks and writing in general were much like his move to SOUTH DAKOTA (Yes, I said South Dakota); random and totally unexpected. Collin spent a year writing a story with a Roman Gods theme then came to a real and terrible realization: Fantasy fans are brutal. Absolutely brutal! If they like you, man they REALLY like you. If they don>t...well let>s not talk about that. From that moment, Collin spent many hours reworking his first novel, The House of Grey into a story that Fantasy fans (and everyone else hopefully) will enjoy, gleaning ideas from many independent literary sources from Indian folklore to Japanese anime. After graduating from the University of South Dakota Law School, Collin, his smoldering wife, and two beautiful daughters moved down the street from his Producer and co-author Chris Snelgrove in good ol' Colorado. Collin passed the Bar and is currently working as an attorney and vigorously writing fantastical stories for his fans.

In 2007, Chris approached Collin Earl with an idea to produce the serialized audio version of a Roman Gods themed novel that Collin had been writing for some time. About a year later, The House of Grey was released and was an instant success on iTunes and Podiobooks.com holding onto a spot in the Top Ten for more than a year straight.
After the success of The House of Grey, Chris and Collin collaborated to craft Harmonics starting with the first season: Rise of the Magician. Each wrote different character's perspective in the story and blending their writing styles to create this unique story.
Chris has lived in a number of places in this great country called the United States, including Utah, Maryland, Florida, California, and Arizona. He eventually ended up in Colorado almost 20 years ago and currently lives just outside Denver with his beautiful wife and four wonderful boys. He graduated the University of Colorado at Denver with a B.A. in Psychology and currently works as a corporate trainer and business systems analyst for a Fortune 100 insurance company. 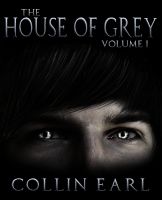 Also in Series: The House of Grey 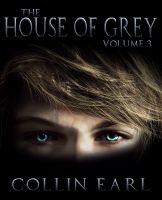 You have subscribed to alerts for Collin Earl.

You have been added to Collin Earl's favorite list.

You can also sign-up to receive email notifications whenever Collin Earl releases a new book.