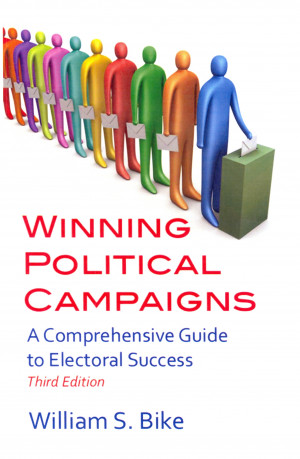 Extensively revised and updated in 2012, the third edition is extremely thorough and detailed. Particularly useful are the numerous checklists and appendices which include a sample itinerary for a political event, extensive resources for various issues, sample news release and direct mail piece, and more.

Winning Political Campaigns is highly readable because of real-life examples drawn from not only the political world, but from the worlds of sport, higher education, history, and more. Bike is as likely to make a point with a quote from The Bible or an example from a baseball manager or Star Trek as he is to quote or use examples from political figures.

Since 1979, Bike has worked in journalism or public relations for trade publications Dental Products Report and Business Insurance magazines; community newspapers the Oak Park News and the Berwyn-Cicero News (both of which he served as editor-in-chief beginning at age 24) and the Gazette Chicago Magazine; and for three universities: Loyola University Chicago, the University of Chicago, and the University of Illinois at Chicago.

Bike spent ten years at Loyola University Chicago's public relations department, the last five as director of university publications. He oversaw a $1 million annual budget and a dozen regularly scheduled publications including the 100,000-circulation Loyola Magazine. Under Bike's direction, he and his staff won 39 local, national, and international writing, design, and publications awards.

Bike has won the highest award in Chicago journalism, the Peter Lisagor Award, four times. He also is the author of the books Streets of the Near West Side (ACTA Publications, 1996, and 1st Books Library, 2001) and Winning Political Campaigns (Denali Press, 1998 and 2001) and the editor of Essays on Earl Renfroe--A Man of Firsts (UIC College of Dentistry Press, 2001).

A political pundit, Bike has made numerous radio, television, and print appearances concerning politics and government.

William S. Bike on CNN's The War Room
Political pundit William S. Bike talks about diffusing a political scandal by coming clean with the damaging information ahead of time. 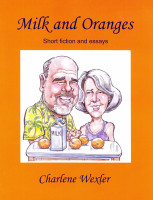 You have subscribed to alerts for William S. Bike.

You have been added to William S. Bike's favorite list.

You can also sign-up to receive email notifications whenever William S. Bike releases a new book.