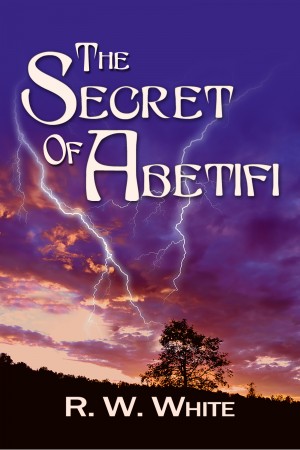 University graduates Ben and Francesca accept an expense-paid honeymoon to study a group of centenarians in the African mountaintop village of Abetifi. Stumbling upon the secret for long life brings them into conflict with a Big Pharma company determined to market an anti-aging pill. Their gripping story takes deadly twists and turns before coming to a tense and exciting conclusion More
What better way for cash-depleted, university graduates to begin a marriage than with an extended, expense-paid honeymoon on a West African mountaintop? The offer, presented by a British charity on aging, sounds ideal to Ben and Francesca. All they have to do is investigate and evaluate the report of an unusually high percentage of centenarians living in the mountaintop village of Abetifi, in Ghana, West Africa.
Ben Hamilton of Bristol, England, with his crisp, new Ph.D. in anthropology, and his beautiful Brazilian bride, Francesca, with her specialty in biodiversity and psychology, make the perfect team to take on this assignment. They are especially happy to accept the assignment after being told it will be trouble-free and will provide them with plenty of time for honeymoon enjoyment and to absorb African culture.
Through information collected during interviews with the centenarians, archival data about a 19th century Swiss missionary couple who had lived in Abetifi, and analysis of seeds and pods from a Flamboyant tree on the mountain, Ben and Francesca stumble upon an herbal food additive that has the potential to extend human life. Unknown to the happy couple, a Big Pharma company from Switzerland is already at work in Abetifi with the very serious intent of discovering the secret to longevity from plant life and marketing it as an anti-aging pill.
The newlyweds are targeted by the multi-national, corporate giant when knowledge of their own discovery leaks out. Their cottage is repeatedly ransacked, they are followed into the forest and come face-to-face with two of their pursuers who are swept over a waterfall to their deaths; they fight off intruders in a middle-of-the-night attack, and finally escape through the bush to be air-lifted to safety by a United Nations Special Forces team.
Ben and Francesca return to a quieter life in London, but not before the pharmaceutical company personnel are deported from the country, the security firm that had been hired to pursue them is closed, and the couple is assured that the centenarians and their friends on the mountain will remain safe, along with The Secret of Abetifi.
Available ebook formats: epub mobi pdf rtf lrf pdb txt html
First 30% Sample: epub mobi (Kindle) lrf more Online Reader
pdb
Price: $1.99 USD
Buy Add to Library Give as a Gift
How gifting works
Create Widget
Tags: west africa aging longevity antiaging honeymoon ghana long life obruni food additive fufu dhea
About R.W. White

About the Series: Ben and Francesca Adventures

Ben and Francesca Hamilton unwittingly become covert agents for the British Foreign Office while on their honeymoon in Abetifi, the highest habitable village in West Africa, and are thrust into a terrifying adventure of life-threatening twists and turns while discovering a ‘Fountain of Youth’ drug. Three years later, while on their first family honeymoon with two-year-old Sarah and much to Francesca’s objections, Ben becomes involved in multiple murder investigations. Francesca is mugged while protecting Sarah and Ben comes to believe he is the murderer of Francesca’s assailant. Together they are able to help a wily detective solve the murders and associated crimes before returning home to London, and looking forward to the day when they will be able to have a peaceful, non-adventurous, holiday. Third in the trilogy due later this year.

Reviews of The Secret of Abetifi by R.W. White