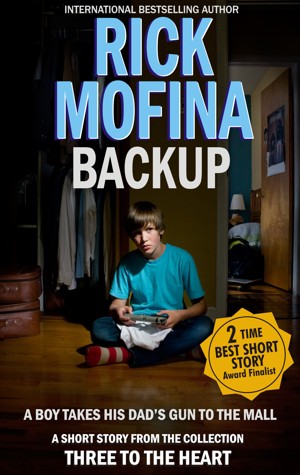 About the author:
Rick Mofina is a former crime reporter and the award-winning author of several notable thrillers.
The International Thriller Writers, The Private Eye Writers of America and The Crime Writers of Canada have listed Rick Mofina's titles as being among the best in the world.

Rick Mofina is a former journalist and an award-winning author of several acclaimed thrillers. His reporting has put him face-to-face with murderers on death row in Montana and Texas. He has covered a horrific serial-killing case in California and an armored car-heist in Las Vegas, flown over Los Angeles with the LAPD Air Support Division and gone on patrol with the Royal Canadian Mounted Police near the Arctic. He has reported from the Caribbean, Africa and Kuwait’s border with Iraq.

Rick is a two-time winner of The Arthur Ellis Award and the International Thriller Writers, Private Eye Writers of America and The Crime Writers of Canada have listed his crime fiction as being among the very best in the genre.

You have subscribed to alerts for Rick Mofina.

You have been added to Rick Mofina's favorite list.

You can also sign-up to receive email notifications whenever Rick Mofina releases a new book.