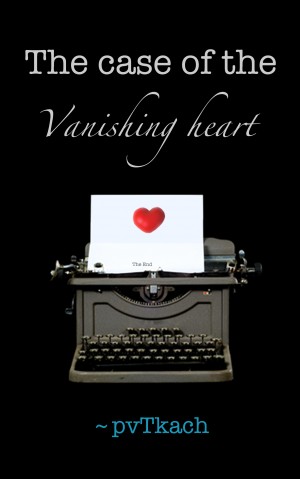 The case of the Vanishing heart

Rated 5.00/5 based on 1 reviews
In “The case of the Vanishing heart,” an old fashioned who-done-it becomes the makings of a modern romantic tragedy. More
By 1984, the positive vibrations of the late 1960's and 70's were fast fading and life wasn’t so peachy keen. Jersey was just another tough guy with a broken heart and a bad attitude. And then she walked into his office, the perfect femme fatale, with a lie resting on her full red lips, and the scent of gardenias fogging the air; Margaret Washington was all the trouble a man could ask for.

But it isn't the provocative Mrs. Washington pulling his strings, calling his shots, and making a mug of him. No, cool as he is, and determined as he might be to hide his heart from the world, Jersey is powerless to control his own story. He is at the mercy of a woman lost in the darkness of despair, a woman who hates her own romantic heart as much as she hates he who was her husband, he who had been her husband for nine years, and now is not. Night after night, Persephone puts her young daughters to bed, sits down at her desk, and quietly opens up Jersey's world, finding solace in murder and disharmony. But as she writes her way deeper into Jersey's life, the line between their realities dissolves, and Persephone slips ever closer towards a fictional world where anything is possible.

In “The case of the Vanishing heart,” an old fashioned who-done-it becomes the makings of a modern romantic tragedy. As Persephone struggles to face a life she never dreamed of, Jersey is left to solve the mystery that threatens both their destinies.

I read this as a copy that I'd been sent to review.
I'd have to admit that when I read the first chapter, I wasn't too impressed. Competently written, but something that had been done before and better. I was thinking of writing back to the author suggesting that she really needed to come up with some angle that would grab the reader. Something novel, something I hadn’t seen before. Then I read chapter two and realised that she’d more than beaten me to that punch. The first chapter was a knock off of a Raymond Chandler type private detective, but not PV Tkach’s. Her character is Persephone and the detective, Jersey, is Persephone’s. She’s writing the characters that just appeared in her head and, while she’s an ok writer and gets much better during the course of this book, she isn’t going to win any prizes.
PV Tkach, however, has a huge range and could probably write the scotch out of the hand of Chandler. Chapter two didn’t just give me a clue that this was a more interesting piece of writing than I thought, it grabbed me, wrung me out and made sure I wouldn’t stop reading until I’d found out what was happening here.
Chapter three took me back to Jersey and his secretary Pearl. By now, however, I was fascinated to see not only how their story was going, but how it reflected what was happening in Persephone’s life. It just got better and better. I got involved with Persephone, really felt for her, her kids and her conflict with her ex-husband and I got involved with Jersey and Pearl, really wanting them to solve this case and pay the rent.
This is a remarkable story in its own right, but also a revealing look at the writing process and how the author reacts with their own work. It becomes a vehicle for Persephone’s own liberation as solutions to her problems start to boil out of the invention of Jersey’s world.
I can’t recommend this highly enough. It’s a starling cross-genre piece whose separate parts do so much more than just complement each other. I wouldn’t normally read this kind of women’s fiction, though I have read a lot of Chandler. After finishing it, I’m still not sure that I’d read so much women’s fiction, though I will if Tkach writes it.

You have subscribed to alerts for P.V. Tkach.

You have been added to P.V. Tkach's favorite list.

You can also sign-up to receive email notifications whenever P.V. Tkach releases a new book.