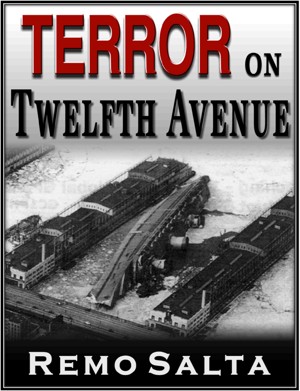 Remo Salta is a naval historian who lives in New Jersey. He has loved ships and naval history all his life and his blog, Naval Warfare, has been going strong now since 2007. "Terror on Twelfth Avenue" is his first work of fiction and deals with two subjects that interest him most: ships and World War II. Oh, and those Nazi spies, FBI agents, and a beautiful big band singer named Peggy Scott make the book very interesting, too. If you love a good suspense thriller, try "Terror on Twelfth Avenue."

You have subscribed to alerts for Remo Salta.

You have been added to Remo Salta's favorite list.

You can also sign-up to receive email notifications whenever Remo Salta releases a new book.