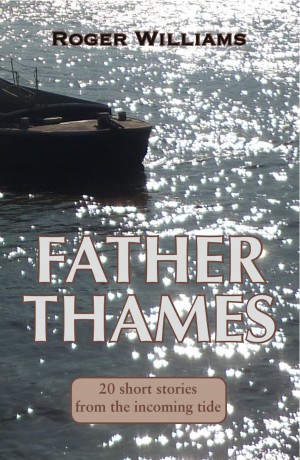 By Roger Williams
Stories from the incoming tide... Entertaining tales from some of the migrants, invaders, royalty and refugees who have crossed the North Sea and come up the River Thames to London. Written in the first person, these 20 short stories are ideal easy reading for tablets and mobiles. More
CONTENTS

1. The Ferryman
2. The arrival of the English
3. The Hansa merchants
4. Island of the Dutch
5. The Chaplain's tale
6. At the sign of the Turk's head
7. The Huguenots
8. Seaman Pjotr Mikhailov
9. Poor Palatines
10. The Herring
11. Hanoverians in a fog
12. The Honourable East India Company
13. Crossing into womanhood
14. Marlow's last voyage
15. The East Enders
16. Bomber
17. The death of Amy Johnson
18. MV Empire Windrush
19. The hunt for Princess Pocahontas
20. An illegal immigrant

London based journalist, author and editor.

Review
Kent Barker reviewed on June 5, 2012
(no rating)
This is another excellent work from Roger Williams.

It's the second of his volumes of 'shorts' Not exactly short stories, more brief episodes. For me Father Thames works better than the earlier Hotel Bristol - itself well worth a read - in that the history of London's River provides a broader canvass for him than the various Hotels named Bristol around the world.

As you'd expect from Roger, Father Thames is meticulously researched and is packed with fascinating historical detail.

As he says: "For centuries invaders, migrants, royalty and refugees have travelled ....up Britain's liquid highway" and this is their story ... in fact 20 stories spanning the years from 500 AD up to the present day.

My only (very mild) criticism is that I could have done with a little bit more on the characters themselves and a little bit less of the historical context. But that is surely a fault in the right direction.

If this encourages you to read Roger's marvelous full length works "Burning Barcelona" and his undoubted masterpiece "Lunch with Elizabeth David" then it will have done great service.

Personally I prefer his novels, and am eagerly awaiting the next one. In the meantime Father Thames will remain a favourite companion to return to again and again.

You have subscribed to alerts for Roger Williams.

You have been added to Roger Williams's favorite list.

You can also sign-up to receive email notifications whenever Roger Williams releases a new book.