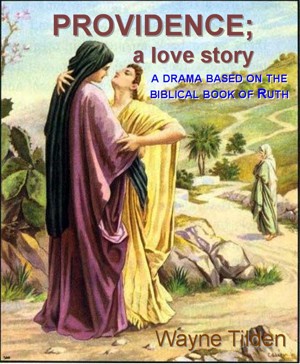 By Wayne Tilden
This a "Story Theatre" retelling of the biblical book of "Ruth". More
"Now it came to pass, in the days when the judges ruled, that there was a great famine in the land. And Mahlon went up from Bethlehem, Judah, to dwell in the country of Moab, with his wife, Naomi and their two sons, Mahlon and Chilion all Ephrathites of Bethlehem, Judah. And we went to the country of Moab and we remained there."

These are the beginning words of the biblical book of "Ruth". Through the eyes of Naomi and Ruth we begin to see how God, through his love, Provides for each of His children.

I have been writing - to one degree or another - for most of my life; at least as long as I was able to hold a crayon. My mother had to read some of these to me because I was too young to actually read.
This interest increased throughout my school years, especially in high school where I served as editor of our annual creative writing club newsletter. By the time I was in college, however, I just didn't have the time (read: make the time) so my writing kind of fell by the wayside.
Later, I began to write plays; many of which were performed in churches throughout the United States, the UK, and South Africa. It was through this that I met many others involved in similar ventures throughout the United States and Canada.
As I reached retirement in July of 2010 I began to write in earnest. I have written for HubPages.com, for BookRix.com, and occasionaly for my blog.
Now I am about ready to see some of my work REALLY be published. My second-cousin has just had a book published through a similar company; as well as a print book.
I hope to be able, then, to see my own work "in print".
You can read more about who I am and some of my thoughts at any of my other profiles on this page. 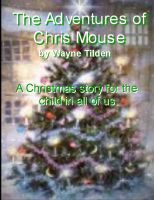 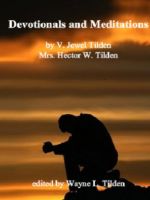 You have subscribed to alerts for Wayne Tilden.

You have been added to Wayne Tilden's favorite list.

You can also sign-up to receive email notifications whenever Wayne Tilden releases a new book.