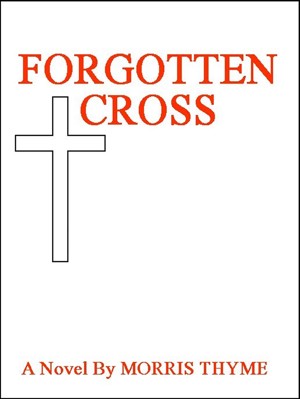 The pair work together to clean out his mother's house and stumble upon several perplexing secrets, not the least of which is a small shrine lay hidden in a darkened alcove. Apparently, his mother was a secret Jew. But why in 21st century America? Why?

As they search through the piles of dusty memorabilia, the trails begin to come together and completely unravel Frank's universe. The revelation draws father and son closer together but at what incredible expense!

The mother he had thought he knew was brushed aside and replaced with a strange and secretive woman he now believes he never really knew. But in the insanity, his intense need for family holds his world together even though he suspects his God has abandoned him.
Available ebook formats: epub mobi pdf rtf lrf pdb txt html
First 15% Sample: epub mobi (Kindle) lrf more Online Reader
pdb
Price: $3.99 USD
Buy Add to Library Give as a Gift
How gifting works
Create Widget
Tags: world war ii tragedy inspiration family grief hitler jews heritage germany inheritance only child

You have subscribed to alerts for Morris Thyme.

You have been added to Morris Thyme's favorite list.

You can also sign-up to receive email notifications whenever Morris Thyme releases a new book.