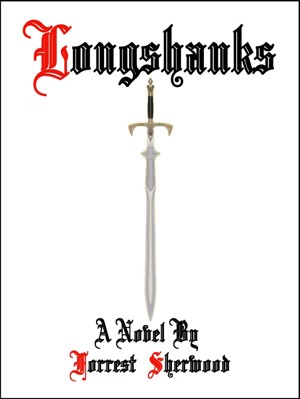 Both blessing his good fortune and cursing his foul luck, Robert finds himself bound for the southern land of Castile, where the Prince intends to make the fool a gift to the King there on the occasion of his wedding to that King's sister.

Things might have gone well if it had not been a momentary lapse of good judgment that led to the ruse being discovered by Edward. Fast-talking to prevent being gutted on the spot, Robert convinces the Prince that he might be of some use to him.

A bizarre friendship is formed that carries the pair south to Spain and then through circumstance back to France, the fool being re-gifted to the King's sister, Edward new bride.

The escapades of the fool help set up his life once a "miracle" relieves him of the mantle of simpletonship. He returns to a normal life but with a brighter future than he had previously anticipated.

Robert hints in his tale about further adventures in the Baronial wars, on the crusades, traveling with Marco Polo, and even a trip to what would appear to be the New World. This as well as his raising his grandson and namesake, Robin Hood, the famed outlaw of legend.
Available ebook formats: epub mobi pdf rtf lrf pdb txt html
First 15% Sample: epub mobi (Kindle) lrf more Online Reader
pdb
Price: $3.99 USD
Buy Add to Library Give as a Gift
How gifting works
Create Widget
Tags: england paris knights robin hood edward i bawdy 13th century castile fools saint louis ix

Reviews of Longshanks by Forrest Sherwood

You have subscribed to Smashwords Alerts new release notifications for Forrest Sherwood.

You have been added to Forrest Sherwood's favorite list.

You can also sign-up to receive email notifications whenever Forrest Sherwood releases a new book.