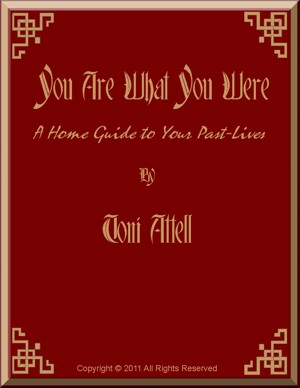 By Toni Attell
From the desk of adjunct professor, columnist, commedienne and actress Toni Attell - From the foods you crave to the clothes you wear. Learn how past-life reoccurring patterns affect your life choices now, and learn how to change them to positive patterns.

Toni Attell is as an Emmy nominated actress. Her credits include a variety of work in television and movies as well as experience working internationally with some of the greatest masters of the performance- arts field, including, Jean Louie Barroult. Marcel Marceau and Mamako Yoneyama for mime, Carlos Mazzonne for Comedia del Arte and Bill Ball, David Dukes, Paul Shenar, David Alexander, Nina Foch and Harvey Lembeck for improvisation, comedy and acting. She is a member of The Academy of Arts and Sciences and is on the “Blue Ribbon Panel” that votes on the Emmys.

Toni Attell performed with the American Conservatory Theater in San Francisco, Theater West in Los Angeles and toured over 350 colleges in the United States as a mime-comedienne teaching master classes in movement and acting. She has created and performed a number of one-woman shows, started the Comedy Store Players in Los Angeles and has instructed and choreographed the clowns at Ringling Bros and Barnum & Bailey Circus and has choreographed a variety of music videos including Kim Carnes’ Betty Davis Eyes.

Ms. Attell helped to create a summer program for children and adult actors and writers at the Los Angeles Theater Center and recently toured Japan and China performing her new one woman shows. She started three stand-up comedy groups comprised of children called “The Comedy Pups.” that was featured on National Television and has taught acting for twenty years to children, teens, adults and seniors.

As a comedienne and mime she was the opening act for Jay Leno, Steve Martin and Robin Williams. In 2002-2003 she hosted her own radio show on KRLA talk radio called “The Romantic Intuitive.” and is currently acting, lecturing and performing and is writing a column for The Tolucan Times and La Brea Living Magazine called “The Chatterbox-The Biz” for the last three years.

Antoinette (Toni) Attell is presently an adjunct professor at the USC School of Cinema teaching the Acting Experience for Writers and Acting for Directors and is also teaching at UCLA Extension where she has taught and created the following classes: “Comedy Boot Camp” “Hypnosis and Intuition for the Actor in Acting” and is teaching graduate and undergraduate students, Acting for Non-Actors” and “Acting for Commercials” at Chapman College. Ms. Attell is a pioneer in taking acting relaxation exercises to a deeper level with the use of different enhancement modalities. These techniques have improved her students’ abilities in presentation and memorization skills.

· She has created and taught these classes so far at USC, Chapman, NYFA and UCLA–Ext.

· Hypnosis and Intuition for the Actor in Acting

· Taking it from Stage to Screen

· Pantomime and other movements for the Actor in Film.

· The Psychology of Acting 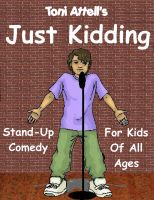 You have subscribed to alerts for Toni Attell.

You have been added to Toni Attell's favorite list.

You can also sign-up to receive email notifications whenever Toni Attell releases a new book.