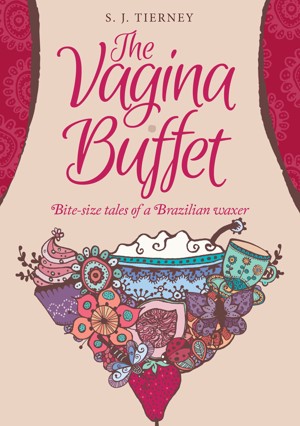 The Vagina Buffet - Bite size tales of a Brazilian Waxer

SJ spent much of her early 20s travelling throughout Europe and living in the UK and South Africa. Upon returning to Australia she entered a career in advertising, working in television production, account service, public relations and media. She spent nine years in this industry, then made a career change after meeting her husband on a return trip to the UK.

Opening her own Brazilian Waxing salon wasn’t a life-long goal, but becoming a business owner was. She spent the next five years discovering the wonderful world of waxing until she gave birth to her first daughter Francesca, two weeks after her 40th birthday.

She lives in Brisbane, Australia, with her husband, daughter and puppy dog, Soxy.

You have subscribed to Smashwords Alerts new release notifications for SJ Tierney.

You have been added to SJ Tierney's favorite list.

You can also sign-up to receive email notifications whenever SJ Tierney releases a new book.