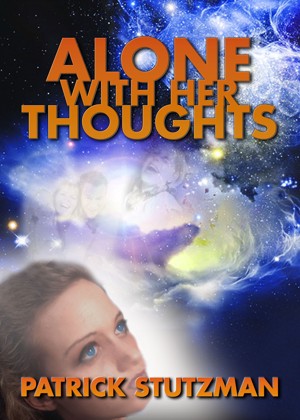 Alone With Her Thoughts

Three years after arriving at Mining Station 14, Anna Foster goes through a typical day. As she performs her duties, her mind wanders back to her past, when life was better. Meanwhile, the station's computer continues its relentless demands. Can Anna cope with the computer's domineering behavior?

Patrick has always enjoyed writing and literature, even during those long, laborious essays required throughout his education. Evidence of his desire for writing began in the fifth grade, when he wrote and directed a play for his class.

While in college, he combined his writing skills with his gaming hobby to create an expansive roleplaying game universe that continues to inspire him today. In many ways, it was this exercise that led him to become a professional writer.

In 2005, Patrick finally made the pilgrimage to Gen Con in hopes of gaining employment as a freelance writer and game designer and succeeded in joining the freelancer pools for two gaming companies: The Game Mechanics and Wizards of the Coast. Under the leadership of Rodney Thompson, Patrick proved himself to be a professional designer with his work for the Star Wars Roleplaying Game, Saga Edition product line. His credits include a total of 5 books, including the award-winning The Clone Wars Campaign Guide, both official Gen Con adventures for the Saga Edition rules, and several articles for Wizards’ Star Wars RPG website.

After Patrick finished his work on what would be the last book in the Star Wars RPG product line in 2009, he decided to turn his attention to his own projects, resulting in his first novel, Alone on the Edge, two sequels, and several short stories.

Today, Patrick continues to devote a portion of his time as a freelance game designer for companies such as GMSarli Games, Super Genius Games, and The Game Mechanics. However, he focuses primarily on his own works.

Reviews of Alone With Her Thoughts by Patrick Stutzman

You have subscribed to Smashwords Alerts new release notifications for Patrick Stutzman.

You have been added to Patrick Stutzman's favorite list.

You can also sign-up to receive email notifications whenever Patrick Stutzman releases a new book.