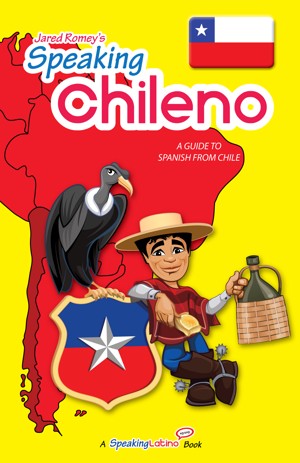 Speaking Chileno: A Guide to Spanish from Chile

Speaking Chileno, already a bestseller in Chile, is the most up-to-date reference book of Chilean Spanish vocabulary. It features more than 2,000 words and phrases explained in English, many with sample sentences. This dictionary-style book also includes 29 humorous cartoon illustrations, plus short sections about Chilean gestures, pronunciation, and grammar. More
Cuica, guagua, fome, cabro chico, al tiro, charcha… all these words and phrases might sound new to you, but they are common in the Chilean Spanish.

Speaking Chileno, already a bestseller in Chile, is the most up-to-date reference book of Chilean Spanish vocabulary. It features more than 2,000 words and phrases explained in English, many with sample sentences. This dictionary-style book also includes 29 humorous cartoon illustrations, plus short sections about Chilean gestures, pronunciation, and grammar. Quick reference sections group common Chilean words and phrases for food, drink, terms for the body, types of clothing and key words that are found in the daily spoken language.

This book is indispensable for anyone with ties to Chile. First-time visitors to Chile, native Chileans and even people looking to connect to their Chilean family and heritage will find Speaking Chileno useful as they enjoy Chilean Spanish.

The Chilean edition of Speaking Chileno has been featured in the Chilean International Book Fair, has also been part of the El Mercurio Readers Club and has appeared in Chilean newspapers.

Seaking Chileno follows the light-hearted, humorous style of the other books in the Speaking Latino series: Speaking Boricua and Speaking Argento that were the result of the experience of a gringo, Jared Romey, living, working and mingling among locals in these countries.

IS THIS BOOK FOR ME? This bilingual book contains words that are not appropriate for kids. If you are just starting to learn Spanish, this book is best used as a complementary reference source to any program or class designed to teach you Spanish. This book and the other books of the Speaking Latino series are not designed as stand-alone learning aids, to teach you Spanish. Instead, they expand your country-specific Spanish vocabulary. If you already speak Spanish, this book help you understand local Spanish from Chile.

Jared grew up in Maryland, where he received his bachelor’s degree in economics and political science from St. Mary’s College of Maryland. After spending several years working in Washington, DC, during which time he started studying Spanish, Jared decided to return to school. He continued his studies in Spanish while receiving an International MBA from the University of South Carolina. Looking to further develop the Spanish, Jared accepted a job in Chile upon graduation. After several years living there and in Argentina, he moved to Puerto Rico, where he has resided since 2002. He currently manages his businesses and is trying to learn Portuguese. Whenever possible Jared travels, studies languages, reads and drinks wine. Any comments, corrections or inclusions should be sent to Info@SpeakingLatino.com. 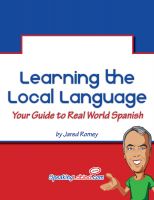 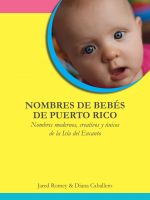 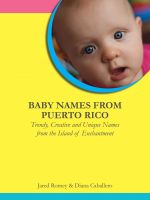 Reviews of Speaking Chileno: A Guide to Spanish from Chile by Jared Romey

You have subscribed to Smashwords Alerts new release notifications for Jared Romey.

You have been added to Jared Romey's favorite list.

You can also sign-up to receive email notifications whenever Jared Romey releases a new book.