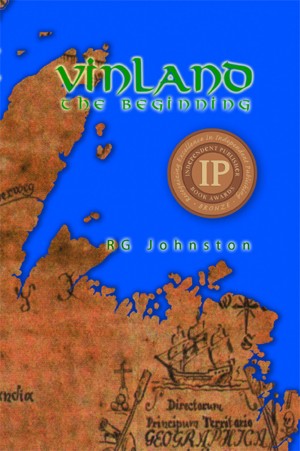 By R.G. Johnston
The Viking Age is in its final century. Thorfinn, a merchant ship owner, has invested heavily in an Atlantic crossing to Vinland, Adam of Bremen is seeking Ari Marrson and a monastic order, called the Culdees. Gudrid, and a band of explorers are returning to begin where they left-off twenty years earlier, a grave site at Kjalarness. Their separate quests converge, seeking an ancient city of gold. More
The Viking Age is in its final century. The Viking gods are fading, as the old world shifts to a new belief, and their sights, to new lands in the west.

Thorfinn, a merchant ship owner, has invested heavily in an Atlantic crossing to Vinland, hoping to establish a permanent presence, there, to trade with the Nordic countries and the native inhabitants.

Adam of Bremen, the monk whose presence, Thorfinn is suffering at the behest of his king is seeking Ari Marrson, in the new world; a supplanted and tyrannical leader of an independent monastic order called the Culdees. Ari uses religious relics to control the native population and takes what, and who, he wants.

Thorfinn’s wife, Gudrid is returning to the land that took the life of her first husband, Thorvald—son of Eirik the Red. The band of explorers, allegiant to the Eirikssons is with her, ready, to begin where they left-off twenty years earlier, a grave site at Kjalarness.

Their separate quests converge, seeking an underground cavern that hides an ancient city of gold, using a recovered map.

R.G. Johnston wanted to write books since childhood. His love of books and writing earned him an Arts BA, at York University.

In 2007, he self-published his first book, Vinland: The Beginning, with two more to follow; in 2011, Vinland Ragnarök, Twi'light of the Gods and in 2014, Undead at Groom Lake.

He resides in Ontario, Canada.

About the Series: The Vinland Cycle 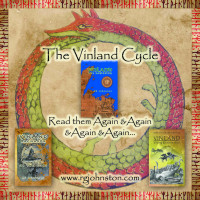 Follow the Vinlanders: Vikings that landed on the east coast of Canada, as told in the Vinland sagas, who encounter adventure and betrayal. The arrival of Odin, to usher in the Viking apocalypse sets into motion a plan to save the humans from Jotunn dominance in the post-apocalyptic world.

Also in Series: The Vinland Cycle

You have subscribed to alerts for R.G. Johnston.

You have been added to R.G. Johnston's favorite list.

You can also sign-up to receive email notifications whenever R.G. Johnston releases a new book.