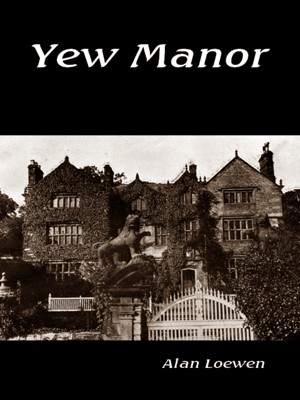 By Alan Loewen
Rated 5.00/5 based on 5 reviews
Little does Robert DeMolay know that the manor he inherited is in a reality a bridge between worlds. More
Yew Manor lies outside Columbus, Ohio and its new owner, Robert DeMolay, does not yet know his new inheritance contains a gateway between a myriad number of worlds.

Given an opportunity to steward these worlds, he must make a decision that puts this world and all others in grim jeopardy.

Great read! Thought I would download it to read later but as soon as I read the first paragraph, I was hooked! The story was entertaining, being thought-provoking and yet humorous at times. The descriptions of the characters were well done so the reader could visualize them and their surroundings. Well done! Would like to read more from this author!

(reviewed the day of purchase)
Eric Hinkle reviewed on on May 17, 2012

As Alice V says, this story feels more like the first chapter of a longer piece which I hope will see the light of day. But it's very well done even as a short, with a colorful setting and characters. There are also some shout outs here and there to other fictional settings that will definitely amuse the readers who get the joke. Very well done story, long enough to entertain without being too long, five stars easy.

I'm kind of sad the story had to end just when I got really interesting. I hope you write a second installment because I would really like to find out what will happen next. I highly reccomend this to anyone who loves stories full of imagination. The characters are well thought out and have distinct personalities. The manor is colorful and I think this can be the basis of a compelling novel.

In “Yew Manor” Alan Loewen continues to share his liking for stories that involve large old houses with secrets bigger than the world. I can’t blame him! I love houses, especially large mansions that rise in stately majesty above acres of property. They seem to beckon me with the promise of the community. Or maybe instead I’m drawn to the looming forms that represent a mystique and mystery that cannot be so easily uncovered. In any case, Mr. Loewen always seems to capture an atmosphere of intimacy and of mystery in his stories.

“Yew Manor” starts in a similar fashion as his other “Large House, Short Story,” “Coventry House,” with the main characters coming to an old house and quickly meeting a surprise that results in a completely new perspective on life. The characters are remarkably fleshed out for a short story, but then, if I may again compare with Mr. Loewen’s other short stories, this is standard fare for him. Through his jovial voice and attention to detail, Mr. Loewen doesn’t just tell us a story, but awakens that sleepy student in our hearts and starts to teach. This isn’t mere entertainment, but subtle creative instruction. The main “moral” conflict doesn’t come across so much as preachy as it is familiar. It’s not heavy-handed or out-of-place, fitting completely with the story leading up to that point and factoring into the characters choices and decisions afterward. You’ll have to read it to see.

The pacing was well done and Mr. Loewen’s vocabulary and voice come together to stir up the imagination, even to calling out one’s own muse to aspire and create. I can only remember the dialog snarling once where I had to re-read an odd choice in syntax which may have been a typo. The only other minor quibbles I have are with the title itself: whether it’s a matter of muscle memory or something else, I always want to type out “Yes Manor” not “Yew Manor.” Also the title “Yew Manor” is almost embarrassing close to the title of another excellent work by Mr. Loewen: the already mentioned “Conventry House.” Perhaps that’s on purpose? In any case it doesn’t hinder the story and it’s just a personal pet peeve.

“Yew Manor” once again gives us Alan Loewen’s writing voice which is always a joy to read, characters that one can relate to without much difficulty and a realistically positive outlook on the world. Be sure to pick up your copy as soon as you can.

My only complaint is that my phone refuses to download this story to my kindle app. Loved it and will want to read it again.

You have subscribed to alerts for Alan Loewen.