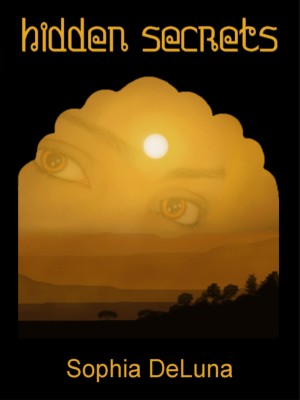 Rated 4.40/5 based on 5 reviews
When a Sarvian spaceship crash-lands on Shakaran, the people of both cultures have to deal with unexpected and new experiences.
Will the Shakari help building a new ship for the Sarvians? How will the Sarvians cope with the cultural differences they are confronted with? More
It isn't a particularly bright day for Tashana, the Shawana or High Priestess of Shakaran, as she is not looking forward to the dreaded council meeting. Political discussions aren't exactly her forte, especially not with Vareljo, the Regent of Shakaran, known as the Kavarin, who has a blazing hatred for the clerics. However, soon after the council meeting, her best friend, Kitanjo just barely avoids a collision with an alien ship as it crash-lands on Shakaran. Tashana’s immediate worries are forgotten as the two of them set out to investigate the crashed spaceship.

Laris, Captain of the Traveller, is not having a great day either. While dealing with the ongoing complaints of her passengers, her ship is hit by an ion storm and is flung into unknown space. As they are sent hurtling towards an alien planet with no means of avoiding a crash-landing, Laris fears that this will be the end, and she begins to pray to all the gods who may listen.

The survivors of the ship are offered temporary refuge by the Shakari.
The society on Shakaran, with their money-free democratic system, functions quite differently than that which the Sarvians are used to. While they await their fate to be determined, the Sarvians and Shakari are forced into each other's company. This becomes a time of discovery and learning experience for both. Their resilience and courage are tested to the limits.

Will the Shakari help building a new ship for the Sarvians? How will the Sarvians cope with the cultural differences they are confronted with?

The novel includes quite a few images of characters and surroundings. For those who only have black & white devices and would like to see the images in colour: I will upload most of them to RedBubble (see link in my Smashwords profile).
Download: epub mobi (Kindle) pdf more Online Reader
rtf lrf pdb txt
Price: Free! USD
Add to Library
Create Widget
Tags: romance fantasy gay relationship lesbian relationships sciencefantasy moneyfree democratic system
About Sophia DeLuna

I live on the outskirts of Nuremberg, and I love walking with my dog in the forest, which starts just across the road.
My greatest passions are the English language, writing, reading, and my aquariums.
I also love photographing, digital painting and creating digital art, crocheting, singing, travelling, learning languages, watching documentaries, etc.
In short, I love being creative and I'm interested in a vast variety of subjects.

Some of my photos and digital paintings can be viewed here:
http://www.redbubble.com/people/sophiadeluna 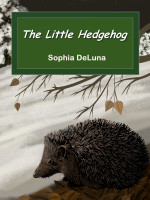 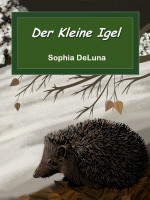 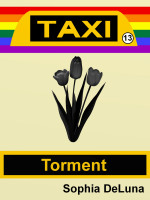 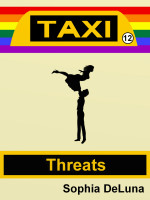 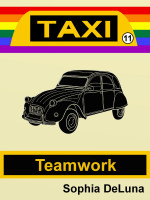 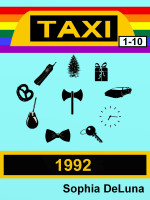 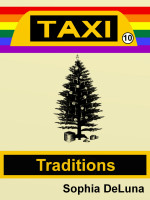 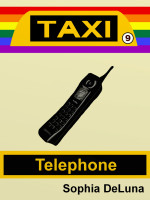 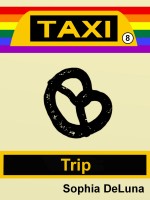 This is the best sci-fi book I have ever read and definitely in my top 3 books of all time. My heartfelt praise and appreciation goes to the author, Sophia De Luna for this work of art! To me, this is not only a work of fiction but also a vision of what could be, as well as uncovering what is.

Absolutely loved this story, so many times I would just stop and wish that Shakaran existed so I could go there. The way the Shakarans just embraced how they felt and the Sarvians had to eventually accept it. I feel like I was born a Shakaran, I'm just on the wrong planet!
Great book, kept me gripped all the way through. If i had one minor point it would be that sometimes the conclusion of an issue (Tashana's demise/illness and solution) didn't give the storyline justice, I was expecting it to be something deeper, but loved the book. Thank you, it has been a mind saver over these past couple weeks 😊

This was an excellent novel. I could not put it down. The characters were excellent, the storyline was riveting, and the science was believable. The names were a mouthful, but by reading it as quickly as I did, I was able to memorize them. You will not be disappointed.

Good read. Very much liked the sci-fi elements and the spiritual theme of the mother goddess. Liked the fact the story takes place in Federation [Star Trek] Universe (dilithium crystals, phasers etc). Minor problem I had was with all the names ending in "a" of the majority of characters, it was confusing even after reading more than half of the story. You had a lexicon at the end which I found ... at the end. But summing up, all in all in, I very much liked the book.

At the end of summer, I got an e-mail from the author, Sophia DeLuna, requesting I read and review Hidden Secrets for her. I was delighted to. And I read it but it was just as the big move was happening in my life so I felt I hadn't given the story enough of my attention and wanted to be fair. I had read it on my Fire with the text-to-speech set on "Amy" the British English setting I love. It always sounds like Julie Andrews is reading to me. But I had it set on 2x which is a little too fast to catch some things. It's okay when you want to read a book quickly. But for this task I either needed to slow it up or read it with just my eyes. So I wrote back to Ms. DeLuna explaining all of this and told her I wanted to read it again to be fair to all of us. Not that I thought the story bad, I just wanted to immerse in it a little deeper.

I loved other books by Ms. DeLuna on Smashwords. They often have an LGBT (lesbian) central character or two but they are not erotica which is refreshing. This story is the same, it is a sci-fi/space adventure that happens to include women who love women. I love the sci-fi aspect because there aren't that many sci-fis with women main characters, much less, lesbians.

The characters are interesting and I liked them. I liked that she had pictures of the characters. That helped somewhat. Though I found that I forgot who was who after a while. I kept the captain in my head. But it seemed that the deeper part of the story didn't include her so much. What tragedies that do unfold are about other characters. I don't know how I would have fixed that. It wasn't bad. I had grown to like those people, too. It just felt like we could have gotten to know them better before it got bad.

What I found interesting was that Hidden Secrets contains elements of the sci-fi series I am still editing from my NaNoWriMos long ago. Spaceship crashes on a planet that has healing elements. I think the name, Haven (my sentient planet's name), was part of the name of the planet Sophia's characters were heading toward. So it was almost like reading about my own imaginary friends. ;-)

The style of writing was my biggest problem. It is a style I fight in my own writing. Passive voice. For all the flying and meeting aliens and learning about them all... I think it would be better to have a more active voice. Now can I explain how that works? Not so much. Here, let Grammar Girl explain it:

http://www.quickanddirtytips.com/education/grammar/active-voice-versus-passive-voice
I will have to review all that as I get away from the writing of my NaNo to the editing.

But honestly, it was still a good story and I found that even with the long period of time between reads, I still remembered quite a bit about it. AND I felt that it may have a sequel in the wings. I would like that!

You have subscribed to alerts for Sophia DeLuna.

You have been added to Sophia DeLuna's favorite list.

You can also sign-up to receive email notifications whenever Sophia DeLuna releases a new book.