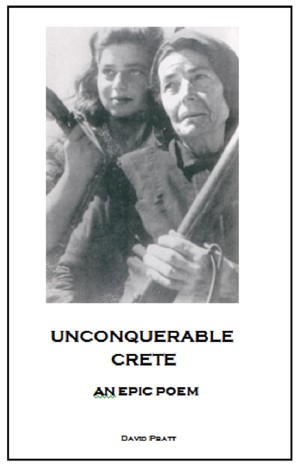 David Pratt was born in Britain at the beginning of World War II. After graduating from university, he moved first to the United States and then to Canada.

In Canada, he taught high school for four years, then did graduate work at the University of Toronto, and accepted a position at Queen’s University, where he remained for 28 years. He published extensively on academic subjects,leaving the university in 1997 in order to write full-time.

His fiction and poetry have appeared in over 100 literary journals in Canada, the United States, Britain, and Australia.

Reviews of Unconquerable Crete: An Epic Poem by David Pratt