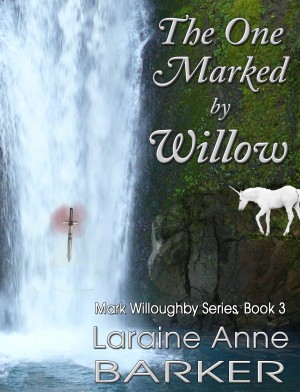 The One Marked By Willow (Book 3)

By Laraine Anne Barker
Mark returns to Lazaronia at the worst possible time—at a formal ball partnered by Lisa Marksby. On arriving he is faced by a hostile Esmé, spelled into believing Ignarius is her father and Mark her enemy, while even Esmeralda believes him to be her husband. For the wizard now has control over the Tower of Kaleidoscopic Light and brought Lisa’s brother to Lazaronia as "The One Marked By Willow" … More
“Who are you?” she whispered as she felt the full force of his magnetic power.
“Come home, dear Esmé, and forget all this nonsense. The Earthling Mark is unworthy of you. He betrays you at every opportunity. You’ve seen how he flirts with all the girls in sight.”
Esmé’s eyes filled with tears … and she felt again the bitter pangs of jealousy. “Yes,” she said sadly.
“Come home, Esmé. … Come home and forget him.”
… “Yes,” she repeated in a whisper. “Yes, I will.”

With Esmé in the power of the wizard Ignarius, whom she thinks is her father, Mark has a hard time ahead of him in his battle to save Lazaronia and its princess. And, to make matters worse, the wizard has brought Will Marksby—a handsome 19-year-old Earthling—to Lazaronia and has spelled Esmé into accepting him as the One Marked by Willow. Ignarius wants the Princess either married to Will or dead. And he’s determined to try both.
Available ebook formats: epub lrf pdb html
First 20% Sample: epub lrf pdb Online Reader
Price: $3.99 USD
Buy Add to Library Give as a Gift
How gifting works
Create Widget
Tags: fantasy magic dragons unicorns wizard sorcerer sorceror middle grade fiction middle grade fantasy teen fantasy books lazaronia mark willoughby laraine anne barker
About Laraine Anne Barker 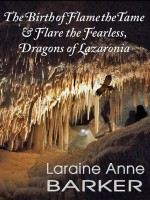 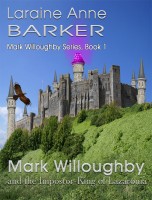 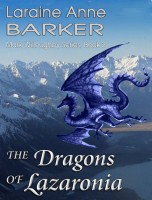 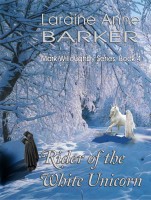 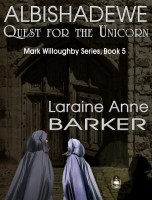 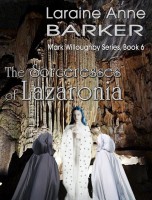 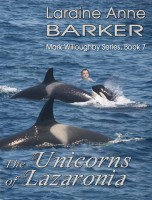 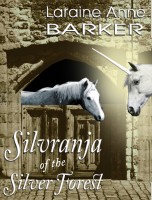 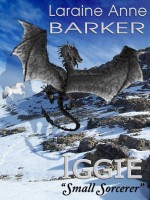 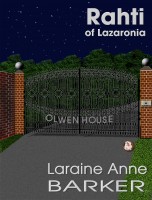