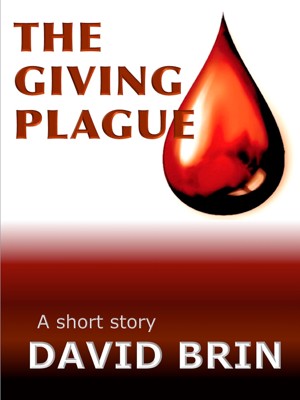 David Brin is a scientist, public speaker and world-known author. His novels have been New York Times Bestsellers, winning multiple Hugo, Nebula and other awards. At least a dozen have been translated into more than twenty languages. Novels include bold and prophetic explorations of our near future, including The Postman, Earth and Existence.

His ecological thriller, Earth, foreshadowed global warming, cyberwarfare and near-future trends such as the World Wide Web. A movie, directed by Kevin Costner, was loosely based on his post-apocalyptic novel, The Postman. David's novel Kiln People has been called a book of ideas disguised as a fast-moving and fun noir detective story, set in a future when new technology enables people to physically be in more than two places at once. A hardcover graphic novel The Life Eaters explored alternate outcomes to World War II, winning nominations and high praise. 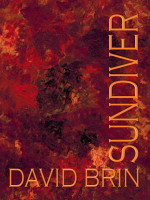 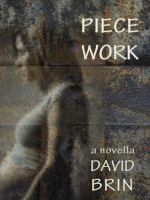 Reviews of The Giving Plague by David Brin

The idea of our bodies being symbiotic communities of ecosystems has become more mainstream now, but still intriguing to me. That's especially true as it relates to our minds and behaviors. A few odd and often unrelated ideas occurred to me as I read this short story:

- Rodents infected by toxoplasmosis from cats are said to lose their fear of them and thus more likely to become their victims.
- There seems to be some correlation between the microbial colonies in our gut to our physical health, as well as to our mental and emotional health (e.g. chronic depression).
- If social ills are caused by communities of humans not working well together for the optimal benefit of all, is individual ill health essentially caused by a similar benefit vs burden disparity among all the systems of our bodies?
- Good scientist vs bad scientist stories remind me of other archetypal good vs evil stories. This one weirdly made me think of the fall of the mythic Lucifer (from the most angelic to the perceived most evil) to become (with and against God) the most protective of the notion of free will. Their relationships are ultimately a spectrum/symbiosis (and not a binary/dichotomy)?
- How is free will affected by knowledge of the factors that consciously or subconsciously influence choice (.e.g addictions, compulsions, empathy, fear)? What is really a free choice in various circumstances under a variety of systemic pressures?
-Is it better to have good will and intentions (but not act well on them) vs having scurrilous intentions that somehow result in good actions? And if so, should we add a twist to the philosophical notion: if there were no devil(s), would it be necessary to invent one? (Which I suppose we already do, early and often.)

That's a lot of stray thoughts to be thinking while reading one very short story, but perhaps that's what made it so enjoyable for me. All in all, a nice archetypal sci-fi tale written ahead of its time decades ago and re-released as an ebook.

Entertained and learned something. Mind can't help but be expanded. Well written, easy to read and understand. Brings science down to a level for us mere mortals.

An excellent novellae which askes the question of what constitutes life. In the process emulates some of the trends and popular pandemics that seem to ravage our time since this peace was first written (1988).

Wow, I never thought to find myself in your company, Sir.
Your science was superb as always, but much as I enjoy heavy science, I was tired when I read it and eager to stop after 3 or 4 pages. I persevered, and it was worth the effort.
As I see it, most people choose literature here for a bit of light reading, and those wouldn’t get through the turgid beginning.
I’ve been a long time fan, and even named the sentient sabre tooth in my series after you.
Thanks for the freebies.
You left 3 edit errors: superfluous ‘only’ and ‘a’, and missed the ‘to’ in ‘wont do’.

You have subscribed to Smashwords Alerts new release notifications for David Brin.