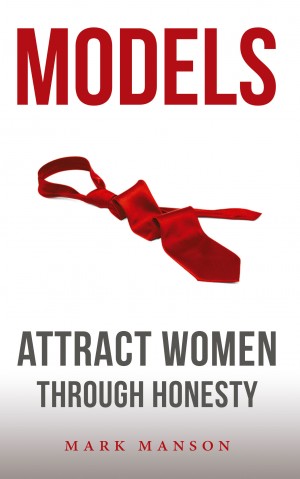 By Mark Manson
Models is the first book ever written on seduction as an emotional process rather than a logical one, a process of connecting with women rather than impressing them. It's the most mature and honest guide on how a man can attract women without faking behavior, without lying and without emulating others. A game-changer.

Mark Manson is from Austin, Texas, USA and graduated from Boston University in 2007. He began coaching men informally that same year, taking them out to local bars and helping them approach attractive women.

Soon after, Mark founded a dating consultancy business for men and worked as a full-time dating consultant from 2008 until 2012. Models: Attract Women Through Honesty was first self-published in 2011. It was then revised in 2012 and again in 2015.

In 2013, Mark moved away from consulting and dating advice and now writes on a wide range of topics for both genders. You can discover more of his writing at www.markmanson.net.

You have subscribed to alerts for Mark Manson.

You have been added to Mark Manson's favorite list.

You can also sign-up to receive email notifications whenever Mark Manson releases a new book.