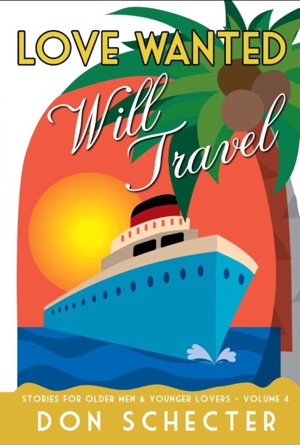 About the Series: Stories for Older Men & Their Younger Lovers

Thrilling tales of gay life featuring a variety of lovers in exciting and unusual situations. Both humorous and serious, these stories run the gamut of sex, vanilla or kinky; true love; marriage; and death, by natural causes, suicide or murder. Each story is designed to intrigue.

Also in Series: Stories for Older Men & Their Younger Lovers

Reviews of Love Wanted, Will Travel by Don Schecter

You have subscribed to alerts for Don Schecter.