By James Lewis
Rated 5.00/5 based on 1 reviews
Many people make excuses for using various forms of the N-word. No matter the version, the N-word is still one of the most racially charged, controversial words in this country. Depending on how it's used, one can expect a punch or a hug. Although the word has become trendy, an unwritten rule states only certain groups can say it--which only fuels the confusion associated with using the word.
Download: epub mobi (Kindle) pdf more Online Reader
rtf lrf pdb txt
Price: Free! USD
Add to Library
Create Widget
Tags: african american racist prejudice racism in america hypocrisy stereotypes nword james w lewis n word
About James Lewis

JAMES W. LEWIS is a novelist and freelance writer published in several books that include Zane’s Caramel Flava, Chicken Soup for the Soul (two series), Gumbo for the Soul, Truth Be Told: Tales of Life, Love and Drama and Don’t Forget your Pepper Spray. Magazine credits include 3AM Magazine, Eyeshot, Dare Magazine, Naptural Roots Magazine, Lucrezia Magazine, Circle Magazine, Rundu Bedtime Stories and an upcoming article in the fitness magazine AFAA. His debut novel SELLOUT will launch in July 2010.

After spending twenty years in the Navy, James retired from active duty and now moonlights as a personal trainer while completing his studies in Kinesiology. In addition to writing, he loves to DJ and has a collection of over 300 vinyl records.

He also does extensive volunteer work at a local veterans assistance center. James hopes to resume his role as a Big Brother in the Big Brothers & Big Sisters program soon. 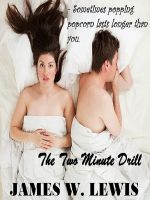 Finally, someone unafraid to speak about the issue! I agree. The death of all the n-words would be nice.

You have subscribed to alerts for James Lewis.

You have been added to James Lewis's favorite list.

You can also sign-up to receive email notifications whenever James Lewis releases a new book.