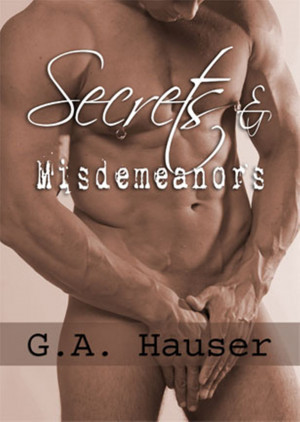 One thing David and Lyle learn, that no man is an island and they need others in their life to grow and learn.
Available ebook formats: epub mobi pdf rtf lrf pdb txt html
Price: $3.99 USD
Buy Add to Library Give as a Gift
How gifting works
Create Widget
Tags: gay erotica gay romance ga hauser gay themed
About GA Hauser

Reviews of Secrets and Misdemeanors by GA Hauser

Sexy, Sexy, Sexy! Hauser definitely hooks you on the first page of this sexy story. The fact that the two main characters have to face many trials and obstacles makes the ride more exciting. Take a whole evening for this one folks. ENJOY!!!