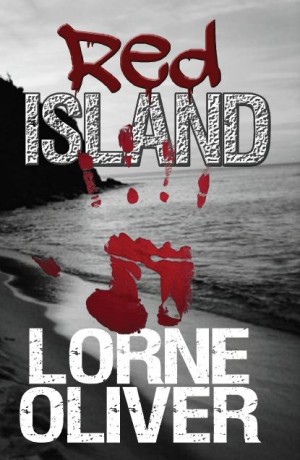 By Lorne Oliver
Rated 4.00/5 based on 3 reviews
When RCMP Sgt. Reid responds to a violent and savage murder scene he has no idea that somewhere else on the island a man has grown up just for this moment when Prince Edward Island would be known as the “Red Island” for an entirely different reason than the colour of the sand. More
Was it the nightmare that woke him or the late night phone ringing that brought on the dream? Sgt. Reid of the Royal Canadian Mounted Police brought his family to Prince Edward Island, “The Gentle Island,” to get away from crime and homicides. He had to get away from the nightmares and concentrate on his family. PEI is a lovely place to live. The sound of the ocean crashing against sandy beaches, sand dunes covered in tufts of dancing green grass…

I started writing because my school librarian asked if we knew any Canadian authors and I said I was one. She told me to come back when I was published. I was 10. Since then I have been published here and there, the librarian was at my first book launch in an anthology, and Red Island: A Novel is my first solo book.

I’ve moved across the country from Thunder Bay to PEI to Saskatchewan with even a month long stint in BC.

I am always writing whether it be in pen, on computer, or in the stacks of cardboard boxes hidden inside my head where stories and ideas are stored until they are ready to come out.

***WARNING: This review may contain spoilers, stop reading now if you wish to remain unspoiled.***

This book is a hard one for me to put my finger on and say I liked it or I didn’t like it. In the end, I really liked some of it and I really didn’t like some of it. I liked the story, it was decent and well constructed. I really disliked Sgt. Reid, he annoyed me on nearly every page. And I absolutely loved Ben the serial killer, he was the shining star of this entire book!

Let’s begin with the story. Like I said, it was decent and well constructed. Sgt. Reid is still recovering from an emotional case involving young girls being murdered and brings his family to Prince Edward Island, where things like that just don’t happen. But no sooner does he get there then that kind of thing starts to happen. Bodies of young women are turning up, proudly displayed in public, and Reid must face everything all over again. I thought that things progressed at a fairly good pace as far as the progression of the killings went. It was logical and made a lot of sense. All that was good. But I really didn’t like the police work in this. I give the author big props for doing so much research into police procedure and keeping it so real to life. However, there is a big reason that TV shows and movies make police work so fantastical…it makes it interesting. Reading scene after scene of the police scratching their heads and going “I dunno what to do? What should we do? Wait for another killing? Go talk to more people? I dunno.”, might be true to life but it’s also not very interesting. I was sitting there screaming, “SHE SAID HE WAS A PHOTOGRAPHER!!! YOU ALREADY TALKED TO HIM AND HE TOLD YOU THAT!!! WHAT’S WRONG WITH YOU!!!??” Maybe it was because Reid was too focused on his partner’s ass..ets, but more on that in a minute. I was mildly perturbed about knowing the name and identity of the serial killer right off the bat, but since his scenes were so good I stopped caring at all.

Now let’s talk about Reid, and yes I have to call him Reid because we never learn his first name. At first that was kind of amusing as people guessed and never got told, but it got old fast. And when it was used as a cliffhanger at the end, I was just over it. The woman says, “Do me a favor, tell me your first name.”, end of book. I didn’t care anymore at that point, it wasn’t amusing anymore, so I didn’t mind that I don’t know his name. I also firmly believe that Reid has a medical condition. This man has the most tingly, twitchy groin that I have ever heard of. Sees the dead mangled body of a girl, he thinks about her nice body and tingly groin! Sees his partner walking around, twitchy groin! Looks at pictures of the murdered girls before they died, tingly groin!! Looks at a butterfly, twitchy groin! About the only time there is no tingly, twitchy groin is when he’s with his wife. I think he should see a doctor, he has a serious problem. I also think Reid couldn’t solve the murders faster because his every single thought is about cheating on his wife. The wife who is at home, calling to make sure he was safe and had dinner while you working his case, that controlling dirtbag! She didn’t do a single thing except love him and support him and he’s thinking about screwing around on her constantly. Even at crime scenes and during interviews. No wonder you couldn’t find the killer bud, you were too busy thinking about your twitchy groin than the case. Needless to say, I despised Reid very much.

So far all of this is mixed, liked some and hated some, but then we get to Ben the serial killer. If this book had been Ben only, it would have been five stars all the way. I loved watching him as a young boy killing small animals, to progressing and refining his skills as a rapist and then finally as a killer. The look into this psychopath’s mind was fascinating and I loved every page of it. I never did quite figure out why Ben decided to taunt Reid which ultimately got him caught though. Until then, the cops had figured out nothing and were waiting for him to tell them how to catch him. If he hadn’t done that he could have gone on forever because they cops had nothing that he didn’t hand them. I think this was supposed to be part of Ben’s de-evolution and descent into madness. But it didn’t feel totally genuine to me. He’d been completely stable until that point and then just jumped off the deep end. I still liked it, but it felt rushed. At the end of this book I have to take what I hated and take what I loved and I come away with one conclusion: It was good and I would choose to read it again if given the chance, but I probably won’t reread it now that I have already done so once.

Disclaimer: I received a copy of this book from the author in exchange for an honest and thoughtful review. Thanks to the author for providing this book!

Got to know the characters. Even watched for Ben when on my walks. Page turner, suspenseful, great read. I don't have a lot of free time to sit down and read but found myself turning on the kobo during every little break I had not to mention putting life on hold just to find out what was next. Looking forward to a series.

This novel takes an interesting look inside the minds of criminals and police officers by alternating between the point of view of the serial killer and the Sergeant in charge of finding him. The scenes and emotions of the two protagonists are realistic and gritty, with the author gradually peeling back the layers on Reid and Ben (the serial killer) as Ben starts his murderous career. We are given the story of Ben's childhood as well, which the author uses to develop the instability of Ben. I'm only faintly reminded of Dexter, as there is little to sympathize with Ben (Reid says it best in the end when he ridicules Ben's complaints about the world).


The way the author weaves the personal lives of Reid and Ben with their present - Reid on one side, trying to conduct a criminal investigation while keeping his past at bay, and Ben on the other planning his next murder - is particularly well done, as the reader is told only what we need to know, and we are left wondering whether Reid will pull off the capture until the last minute. There are a couple of moments when Reid is close, and you just want to jump through the pages and draw him a gigantic picture of what is going on. That element of suspense and the gradual horror of a serial killer unravelling makes this novel a stand out crime thriller.

You have subscribed to Smashwords Alerts new release notifications for Lorne Oliver.

You have been added to Lorne Oliver's favorite list.

You can also sign-up to receive email notifications whenever Lorne Oliver releases a new book.