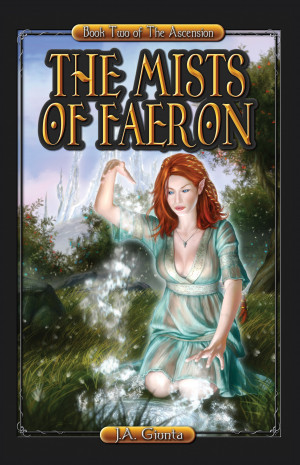 J.A. Giunta was born in Brooklyn, New York, in November of 1969. Though he spent most of his childhood growing up on Long Island, he has been living in Arizona for more than twenty-five years.

Joe started writing stories at an early age, creating adventures for his pen and paper Dungeons & Dragons campaigns on a Commodore 64. Spooled from a dot-matrix printer, that first stapled manuscript has not survived, but it has evolved over the years to form The Ascension trilogy.

His first Fantasy novel, The Last Incarnation, was published in February of 2005. With a Bachelor of Arts degree in English from Arizona State University, he is both an avid reader and gamer. He currently writes full-time.

He currently lives with his wife, Lori, and six-year old daughter, Ada Rose, in the perpetual summer that is central Arizona. He credits all of his work to the advent of air-conditioning.

Also in Series: The Ascension

You have subscribed to alerts for J.A. Giunta.

You have been added to J.A. Giunta's favorite list.

You can also sign-up to receive email notifications whenever J.A. Giunta releases a new book.