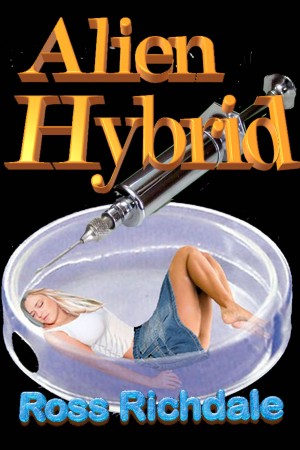 By Ross Richdale
Rated 4.00/5 based on 1 review
When an assassination attempt fails to kill Kali, she discovers that her mother, Jade was abducted and impregnated by an alien. Kali also has an identical twin, Lesha who arrives on Earth to help her escape the assassins.

These assassins are not human but androids who are about to supersede human life in the cosmos. Only Kali and Lesha's genetically enhanced telepathic powers can stop them. More
When an assassination attempt and a stab in the heart fail to kill Kali, she finds that she is far from ordinary. Her mother, Jade tells her of being abducted and impregnated by an advanced humanoid race called Pures. Kali not only has an alien father but discovers she has an identical twin sister, Lesha who arrives on Earth to help her escape the assassins.

These assassins are not human but androids, so advanced that they are about to supersede human life in the far off cosmos. Only Kali and Lesha's genetically enhanced telepathic powers can stop them.

They are transported in a quantum leap to a remote planet where they find that they have already destroyed the local android population. However, they are trapped there and in their quest to get home to Earth become more embroiled in the battle against the androids. Furthermore, someone or something is using them as pawns to fight this war.

They encounter and befriend other humanoids and witness the start of a new life form. The androids are about to regenerate from being electronic to biological life and the humanoids on the planet are enslaved and cloned in experiments to achieve this aim.

But are the Pures from whom Kali and Lesha's hybrid genes come from, entirely innocent? With help from her mother, her sister and partner Westley, Kali sets forth to find the truth about the world they are in and of life itself.
Available ebook formats: epub mobi pdf rtf lrf pdb txt html
First 25% Sample: epub mobi (Kindle) lrf more Online Reader
pdb
Price: $2.99 USD
Buy Add to Library Give as a Gift
How gifting works
Create Widget
Tags: science fiction fantasy adventure other worlds ross richdale science fiction drama
About Ross Richdale

Readable but perhaps not quite my favourite title from this author.