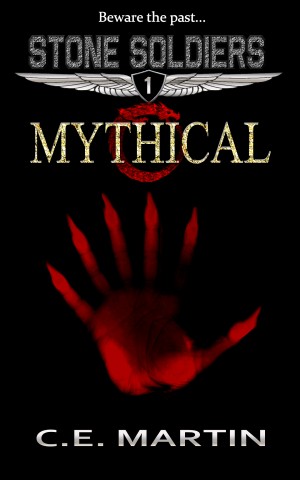 By C.E. Martin
Rated 5.00/5 based on 3 reviews
A resurrected super soldier must stop a shape-shifting giant who eats the hearts of his victims to steal their identities. More
Colonel Mark Kenslir is the last of the cold war supersoldiers, and he's just come back from the dead. With his memory partly missing, he sets out to remember who, or what killed him. Can the Colonel complete his last mission, or will the heart-eating shapeshifter he hunted kill him again?
Download: epub mobi (Kindle) pdf more Online Reader
rtf lrf pdb txt
Price: Free! USD
Add to Library
Create Widget
Tags: horror adventure action military magic espionage dragons shapeshifters giants super soldiers
About C.E. Martin

A Desert Storm-era USAF veteran, C.E. served four years in uniform before returning home to Indiana and worked for seventeen years as a criminal investigator. A long-time fan of pulp fiction and men's adventure, C.E. was first inspired to write by classics like The Destroyer and Doc Savage. When not authoring the latest in his own Stone Soldiers military thriller series, C.E. can be found watching B-movies with his kids or battling virtual communists on X-Box.

About the Series: Stone Soldiers

Modern soldiers battle supernatural monsters around the world, aided by scientists and psychics.

Quirky, but fun. A lot of action and suspense packed into a short story.

A very good read. I have a new series to read. Good job. Thanks

Mythical is the first book in an exciting new adventure series by a promising new author.

Teens camping in the Arizona desert come across a boat sitting out in the middle of nowhere with what appears to be a stone statue. Suddenly the stone begins to turn flesh colored and becomes a living man: Mark Kenslir, a special breed of soldier developed to be almost indestructible. He awakes not remembering his identity or what his mission is, but gradually his memory returns and he's helped by two of the teens on his mission to stop a shape-shifting ancient killer.

Mr. Martin has a strong narrative voice and has created some interesting characters I want to read more about. He has a gift for writing action sequences that will pull you in and make you feel part of the story. The last third of the book moved along at such a rapid pace, action building upon action, that I couldn't put it down until I finished it. I've bought the other books in the series and can't wait to get to them!

You have subscribed to alerts for C.E. Martin.

You have been added to C.E. Martin's favorite list.

You can also sign-up to receive email notifications whenever C.E. Martin releases a new book.