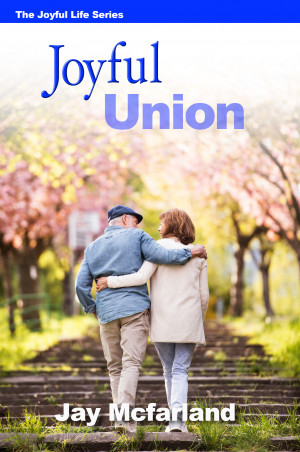 By Jay Mcfarland
Joyful Union is about learning how to make your marriage better today and securing happiness in the future. In this book you will learn easy to implement steps that will ensure both partners understand how to achieve a cohesive and passionate relationship.

Jay Mcfarland did not have a typical American upbringing. At the age of nine his parents were divorced leaving him in a single parent home in one of the poorest neighborhoods in Northern California. Without the necessary parental involvement, and due to many poor choices, Jay dropped out of high school and eventually found himself homeless and on the road to drug and alcohol abuse. Thanks to some family intervention, especially on the part of his older brother, Jay began to pull his life together, and after some years at the age of 20, he left to serve a full time mission for the LDS Church in Miami Florida, where he became fluent in the Spanish language. Shortly after his return from this two year mission he married and began to consider what he should be when he "grows up." Unfortunately, without an education, his options seemed limited, but undaunted by this obstacle he powered forward.

Jay soon found that he had a natural ability towards leadership and management, and as such he quickly worked his way up the corporate ladder. By the age of 31 he had achieved the position of Regional Manager with the Little Caesars Corporation, where he directly supervised the daily operations of 42 of the most profitable pizza restaurants within the company. After working most of his life in the restaurant business, Jay sought a career change that would allow him to effect a change within his community. With this in mind, he financed a small radio show in the Las Vegas Nevada market. Within a matter of months Jay was hired by Gavin Spittle, the program director of KXNT, a CBS Affiliate, to host a weekend talk radio show by the Program Director Gavin Spittle.

Approximately, 3 years later Jay was invited to bring his show to the Dallas market on AM 1080 KRLD. In 2010 Jay moved back to the Utah area where he hosted a talk radio show on KSL Newsradio until 2019. In August of 2019 Jay Mcfarland announced his candidacy for the United States Congress.

You have subscribed to alerts for Jay Mcfarland.

You have been added to Jay Mcfarland's favorite list.

You can also sign-up to receive email notifications whenever Jay Mcfarland releases a new book.