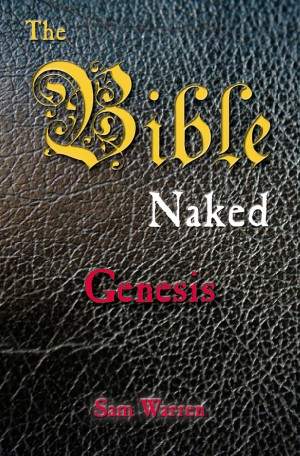 I write books but I mostly publish and/or format books for clients. Am the president of the San Diego Writers/Editors Guild.

Review
Boris Seaweed reviewed on Dec. 27, 2014
(no rating)
I was born and raised in the atheist country (the USSR), and from the school years was told and knew a lot about descrepances in the Biblical texts (there was even widely published book 'Bible for non-believers'. Is there any sense in finding new descrepances? If people want to believe in God they believe in him, and no contradictions in the holy books would prevent them. I think, there is no sense in finding some new contradictions in theology. To my mind religion is a remedy for the souls of those who believe. Life is not an easy matter. Let people's spirituality help and guide them, if they have no other guidelines and remedies.

Firstly, Genesis was written long before the Babylonian empire put the Jewish in captivity. DOES HE EVEN HAVE ANY BIBLE KNOWLEDGE!!! The Old Testament ends at the Babylonian captivity. Next, his own book refutes itself because the northern tribes were non-exitent during the captivity... They have been taken by the Assyrians long before Judah (the southern TRIBE).
The name Elohim refers to the Trinity. Three -in-one which is something which most Christians adhear to.(God the Father, God the Son, and God the Holy Spirit)
The second page is totally fiction. Moses wrote most of the first have books (parts were in first person) then another carried on. Most of the books of the Bible have definite authors written by the person who it was named after. Also they were compile, yet the same, by separate people. God does not evolve. From the beginning of the Bible, He is counted as a God unlimited by space or by time. Never does he evolve.
It is common knowlege where the Garden of Eden was.
Jesus is part of God. Common knowledge again. God has no sex really, God is man to simply help humans wrap their minds around it.
So it is good to murder? It is not good to tell the truth. Sex is bad inside of marriage?!? Come on this a simple logical fallacy.
The next argument makes no sense whatsoever. Made gold, bdellium and onyx. It wasn’t the Iron Age yet. That quote is completely irrelevant.
Wait what? First wife? where in the world is this from???
The Bible said she was made for the man and vice versa. The best companions.
Therefore shall a man leave his father and his mother, and shall cleave unto his wife; and they shall be one flesh Genesis 2:24
Next debate. No, we are made in the image of God in the capacity to have free will. God is a spirit.
God rested to set an example for us.
This next one is completely un-provable.
At this time humans were with out sin nature. Without that natural tendency to go after what we know to be wrong because that little voice tell us not to.
HE HAD SATAN DO THAT??? How do you tell an enemy to do something? God allowed Satan the ability to tempt Eve to test her.
Anyway this book is trash. I hope this short review of just the first three pages is enough for you.
Anyway, two last things. We sin. We cause pain. God allows us. Would you like to be a mindless robot with no feeling?
Two, why did God sacrifice his only Son? A part of him. Because he loves us. Would you die for a something you made?

I'm afraid I was terribly disappointed with this book. I really wanted to like it. Being an ex-christian, I actually enjoy learning about conflicts and mistranslations of the religion.

Unfortunately, this was a less than enjoyable experience. The author's points were random and their thoughts were fairly random and all over the place. Rather than citing legitimate issues, he instead added what were supposed to be humorous shortened versions of the stories, tossing in insults like a bitter spectator, and using a lot of crass, unnecessary expletives.

You don't have to be a biblical scholar to write about what's wrong with christianity or its "holy" book, but this is NOT the way to do it. This is more like a blog posting than a book, or even a sample of a book. If the full novel follows suit, I would recommend for anyone to just completely skip it.

(review of free book)
Concern 4All reviewed on June 23, 2012
(no rating)
Gee, who woulda thunk that all these "books" within the bible would end up on a publisher's desk 300 years later
and the publisher didn't edit it, he just published it!! (right)

Sam exposes a lot of things in the bible that most Christians aren't aware of. The violence .. OMG ..

I am unclear why Christians believe in it. Very little is in it about Christ.

This is a true statement: God is the ultimate serial killer. None of us will get out of here alive. His Plan is to kill us all off. And most go in a ghastly manner
with hideous suffering. His Plan for some is to suffer their whole lives from afflictions, etc. This was God's plan????

I am told that "God loves you" .. so why is his plan so ghastly for so many people? If he created and loved all the people, why did only certain people get to be on Noah's Ark and he killed off the rest of the world?? I am not particularly stupid, but I don't get it.

Hail to Sam for giving us his insight into the bible.

You might want to stop and think about some of these shocking stories.

Sam Warren did an excellent job at translating the myths of the bible with all its mumbo-jumbo into real, understandable language. Anyone who teaches kids about creationism, whether parents, a church or a school, should be charged with child abuse. With all the violence, rape, incest, pornography and incidents of mass murder in the bible, it should be an age-restricted book. However, Sam's analyisis of the bible is worthy for readers of all ages.

(review of free book)
Kelly Sulivan reviewed on June 23, 2012
(no rating)
Not bad, but Qhaddafy isn't open to thoughts which conflict with his/her own. This is nobel prize compared to trips to Jamaica, gnomes, tours around various innocuous places, and others which are insipid at best. Sam's okay. Don't worry, just read it as it's written. Not bad. Maybe never get a Pulitzer, but he's done a good job. "Hate book?" The bible is a story of myth, fiction, and irrational belief in things that never existed, so why not take a moment and reexamine your own beliefs and read this as it is meant to be read, a wide open thought of what is silly and still rooted in the 11th Century and refusing to climb out of the swill.
KS

A 'hate-book', or whatever the legal term is. In short, it focus on finding the weakness of what it hates (in this case, Bible), instead of trying to find the 'truth'. It is in no way humorous, unless you already shared their belief. Let's take the 'Pharaoh's Stupid Dream' for example, how in the world could cow eats a cow? However, it was a DREAM, or perhaps its a Creationists' curse to have illogical dreams? (won't happen to Extensionalists?) Although,being a creationists but not a Christian, it's not my business to defend Bible, and I can't defend it well anyway.

It is still a well edited book anyway, although neither funny nor convincing.

You have subscribed to alerts for Sam Warren.

You have been added to Sam Warren's favorite list.

You can also sign-up to receive email notifications whenever Sam Warren releases a new book.