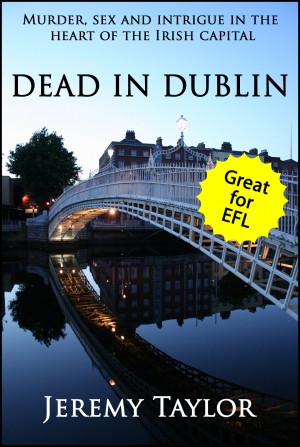 I've been writing since 1984, had my first book published in 1989 and have published another 55 books since then. I write mostly for teenage learners of English but also write a lot of short stories.

About the Series: Simple English readers

A collection of stories in easy English.

Being a fan of murder mysteries this was a must for me and I wasn't disappointed. The author takes you up so many blind alleys and drops in red herrings, at the same time injecting his own brand of humour, so I had no idea how it was going to end. Loved it!

I've assigned this to various B2 students and they really seem to enjoy reading it. Murder mystery with a bit of humor. And for me, I love the references to real pubs in Dublin and of course the English grammar homework. Great for students and teachers alike!

I`ve always been a fan of mistery stories and it was a true pleasure reading this one. It brings together a consistent plot with the witty spirit of the writer and his quality writing. I`ll be expecting to read some more of the kind!

You have subscribed to alerts for Jeremy Taylor.

You have been added to Jeremy Taylor's favorite list.

You can also sign-up to receive email notifications whenever Jeremy Taylor releases a new book.