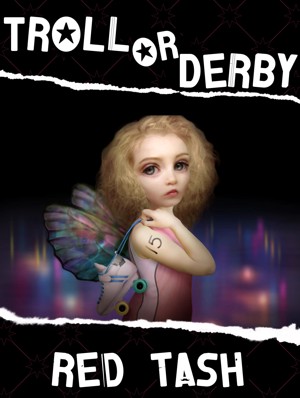 "You’ll quickly become engrossed by Deb and Harlow’s story. Once you start, it’s hard to put Troll Or Derby down. At 262 pages in the paperback edition, it’s the perfect length for an afternoon of summer reading. If you’re down for roller derby, fantasy, action, and a cast of completely insane characters (in a good way), you should definitely read Troll Or Derby. " ~Captain Painway, LikeItDerby.com

Mercedes Yardley: "This book has it all. Prophecies. Destinies. Royalty, trust, revenge. Sex, drugs, and rock and roll are doused in humor and lit ablaze with quirky snark. I blew through this book incredibly fast because I couldn’t put it down. If you want a solid, fun read, then pick up Red Tash’s Troll or Derby."

Braine of TalkingSupe.com Book Reviews says: "Roller Deb is the perfect amalgam of Heather Graham (Boogey Nights) and Ellen Page (Whip It), she's a sexy ass-kicking heroine and I can't help but adore the chick! All that unleashed power is both scary and fascinating, it feels like staring into the sun. And Harlow, with his swoon-worthy name, is the kind of troll you want to fall in love with. Overall the story is crazy exciting and so fast paced you'll just keep on flipping the pages."
Available ebook formats: epub mobi pdf rtf lrf pdb txt html
First 20% Sample: epub mobi (Kindle) lrf more Online Reader
pdb
Price: $3.99 USD
Buy Add to Library Give as a Gift
How gifting works
Create Widget
Tags: magic fairy meth rural love triangle gambling roller derby troll fantasy
About Red Tash

What is dark fantasy? It’s a cocktail of imagery from the most secret places of your mind. It’s scary, at times funny, imaginative, and simultaneously familiar. If you like Stephen King, Neil Gaiman, or Holly Black, you like dark fiction.

I have written fiction and poetry as long as I can remember. I hope you like it. 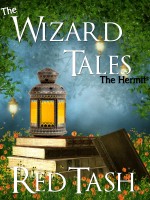 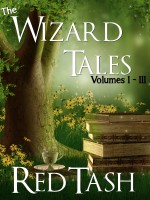 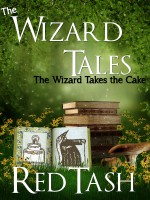 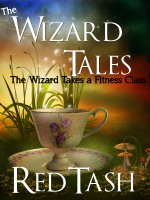 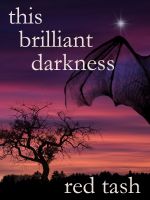 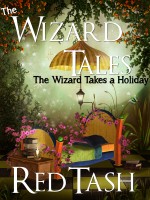 Reviews of Troll Or Derby by Red Tash

This book was pretty cool. It was fun and quirky, and had a lot of interesting things going on. I thought the title and cover were cute. This book is full of fairy tale creatures from all different walks of life. Trolls, fairys, pixies, gnomes and lots of others make up this story. These creatures are nothing like we were raised to believe they are. At least, the fairies and pixies aren’t as sweet as we have been led to believe.

In this book, we learn about Deb, a girl who has had a rough life. She is different, in almost every imaginable way. Her mom is a jerk, her sister is a drug addict. No father to speak of. She is constantly responsible for her older sister Jennifer. After the explosion of a meth house with Jennifer inside, Deb finds herself rescuing Jen once again. While trying to figure out just what is going on, Jen is kidnapped by a local drug dealer who is really skanky.

As Deb tries to locate her sister and plan a rescue, she becomes entangled with all different kinds of creatures. She meets a Troll who is in love with her. He has been watching her for most of her life. He takes her to the flea market for fairy tale creatures and as she learns more and more about them, we find out just how important it is that she learns about them. We also learn why she is so willing to accept all of this strangeness. Most people would probably flip out if they met a troll and insane fairies and such.

The story of why Jen was kidnapped is somewhat lame, to me, but believe or not, that really doesn’t take away from the story overall. There is enough going on within this story to make up for any small issues, so I wouldn’t worry too much about it.

I feel bad for the Harlow the troll. He really seems like a sweet “guy” who could just use a little love in his life. He obviously does the best he can with what he’s got and has been crapped on by the people he cares about way too many times. You can see the humanity in him even through his tough exterior. He deeply cares for Deb and you can tell. He risks everything to save her regardless of the fact that he doesn’t know how she feels about him or what the outcome of their adventure will be. And who knew trolls were amazing musicians? I sure didn’t!

I really came to hate her mom and sister. The way they treated her was appalling and the reasons why were pathetic and selfish. I really think they would deserve anything bad that were to happen to them.

As a former derby girl myself, I was a little bit disappointed in how much roller derby was actually in this book. With the title as it is, I expected much more derby when in reality it is really only mentioned a few times. Practice is discussed, and a game or two, but really not nearly as much as I had hoped. What derby was in the book was well written and accurate for the most part, and Tash did a good job of explaining the sport in an understandable way. Her inclusion of Derby Wives, made me laugh, because I know all about that. The bloodthirsty nature of the fairies who play in this book makes roller derby even more exciting. Not that derby girls aren’t a bloodthirsty bunch to begin with, but I’ve got to say, I think a human would notice just how much more brutal they seem to be, and I think after a little while word would spread and no one would want to play with them anymore.

I liked the ending for the most part. For me it got a little bit confusing as to what exactly was going on, but I got enough of the gist of it to what was happening and the outcome. So be sure to pay attention. There were some unexpected developments which gave the story a little bit of something extra and set it up for more books.

I would recommend this book to anyone looking for a quickish and fun read. There are drugs, and some sexual references, but it’s not romantic, if that makes any sense. There is also quite a bit of violence. Sex, drugs, and rock and roll are main themes in this book and makes it a very enjoyable read.

You have subscribed to alerts for Red Tash.

You have been added to Red Tash's favorite list.

You can also sign-up to receive email notifications whenever Red Tash releases a new book.