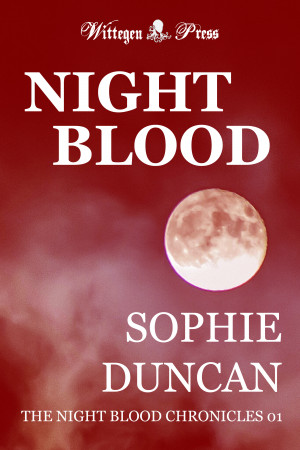 Night Blood (a.k.a Death In The Family)

Realising his memories are his only hope of controlling his awakening instincts, Tom returns to, Coombedown, the sleepy, Cornish village in which he was born, unknowing that the night-breed in his veins will lead him into danger.

Reviews of Night Blood (a.k.a Death In The Family) by Sophie Duncan

Raxos is a savage vampire, and Tom Franklin's birth-father. Tom was removed from his presence as a young boy. Now that he has grown, his nightmares are getting worse. He must return to his former home and find the reasons for the nightmares. Those reasons seem to be connected to Raxos, whom Tom has not seen in many years. Due to some strange health issues, Tom keeps his identity secret. Unfortunately, Raxos knows where Tom is at all times.

This is a book aimed at the young adult reader. As such, it is an excellent story. It starts with the mystery of who the characters are, and how they are interconnected. As the story unwinds, we learn who Raxos and Tom are, and their former and current relationship. We also learn of Tom's other relatives, many of whom he has not seen in many years. The action of the story is ferocious at times. While there is a touch of romance, those looking for a love story will be disappointed. There is just enough romance to give the reader a good background.

I do enjoy reading a good mystery. I often try to guess the endings, and many times I am correct. With this book, I was surprised at the ending, it was not what I expected. As the story unfolds, I found myself not wanting to put the kindle down. As it is written as the first book of the series, I will look forward to the next book. I would hope that the relationships unveiled in this book will be further developed in the next one.

while I found this book very enjoyable, there are a couple of grammar errors that detracted from reading. At least one took me a few minutes to determine what the word should have been.